Many people often accuse me of possessing the sensitivity of a paving brick; those who actually know me, however, aver that a paving brick is much more sensitive by far. When I delve into the world of potboilers and pulp thrillers from years gone by -- the secret and guilty pleasure of many bibliophiles and book-snakes -- I sometimes need a bit of insensitivity, otherwise my self-esteem and emotions would get ripped by the self-appointed jackbooted Book Police from the Ministry of Politically Correctness: "How can you possibly read that filthy trash, so full of cultural stereotypes and racist hate-speech?" 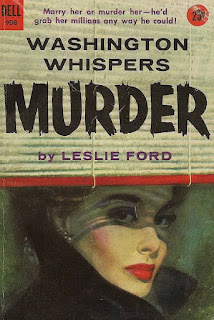 Since none of them read much of anything, and especially not period fiction which is my forte, I have to commit a visual sin to arouse their ire -- The Insidious Dr. Fu Manchu, any of the Charlie Chan or Mr. Moto books, or, perhaps, a pulp magazine or a 1950s adventure magazine with any kind of a native depicted on the cover. With mystery writer Leslie Ford's Washington Whispers Murder (1952), however, I am safe from their hateful predacity...if they only knew!

Leslie Ford was born Zenith Jones (nee Brown) in 1889 in Smith River, Calif., where her father was a missionary among the Indians, and spent her earliest years in a papoose, raised among the Indians to whom her father ministered. She studied to be a journalist and started freelancing in 1928. She wrote her first novel, Footsteps on the Stairs in 1931 and her last, Trial for Ambush, in 1962. In-between, she wrote more than 60 mysteries, created two major crime series (as Leslie Ford and David Frome), and was a foreign correspondent in the European and Pacific Theaters.

As Leslie Ford, she is best known for a mystery series featuring retired Army officer Colonel John Primrose, his inimitable man-at-arms Sergeant Buck, and widow Mrs Latham. To the world, it was "A Colonel Primrose Mystery," but I always called them Grace Latham Mysteries, for Grace was the narrator and, to me, the more dominant and more interesting character. Yes, I realize that no one calls The Hound of the Baskervilles or The Speckled Band Doctor Watson stories, but there I am, and there I stay -- Grace Latham Mysteries they are and will be. 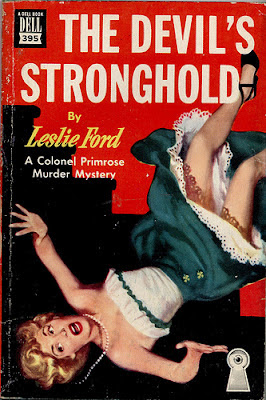 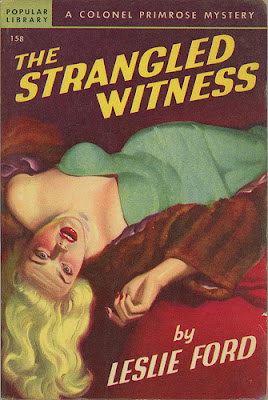 Grace is a Washington, DC, widow, whose diplomat husband was killed in an aircraft accident, and who has since been trying to raise her two sons with the help and moral guidance of her Negro housekeeper. Grace is a woman with high social connections in a town where society and politics are very often the same thing. And, truth be told, she's something of a busybody, a meddler and a danger magnet, and often finds herself in hot water, embroiled in murders with far-reaching ramifications. Her world is a now-vanished one of mink coats, afternoon cocktails, garden parties, political intrigue (well, yes, that's still around, but not the same flavor), cultural mores, lunches with the girls, and, of course, the Negro servants living their separate lives away from the knowledge and understanding of the white folk. 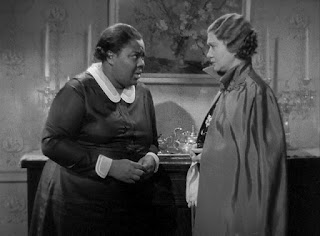 Ah, perhaps you begin to understand why the Ministry of Politically Correctness get their knickers in a twist about Leslie Ford and her Grace. Leslie Ford's popular morality tales, easily argued to be "American cozies," were serialized in the once-prestigious Saturday Evening Post (holy grail of many a pulp magazine writer) before being ushered into hardcover and mass market pocketbook, but are now all out of print, found only in the few remaining brick-and-mortar used bookshops and in dusty Internet niches. Now, here's the thing -- Leslie Ford's precipitous fall was from Grace, but, as will all too-rapid descents from high places, we have to ask, Did she fall, or was she pushed?


"Then there are writers like Leslie Ford, whose ubiquitous and unconscious racism automatically eliminates her from our consideration, customer requests notwithstanding."-- Tom & Enid Schantz, Rue Morgue Press

One thing I have noticed about book censors ("It's for your own good") is that they have much in common with former smokers, redeemed hookers and people who have discovered Islam -- they not only eradicate  everything (now) unacceptable  from their own lives but from everyone elses as well. They purge from culture all that with which they disagree and now hold to be evil -- the Liberal prude will denounce Charlie Chan films  he has never seen and the reformed chain smoker will shoot you dead for second-hand smoke; explorer Thor Heyerdahl had a devil of a time researching the early history of the now-Islamic Maldives for The Maldive Mystery -- artifacts had been destroyed or hidden away -- and who can forget that the Taliban celebrated the 21st Century by dynamiting 400-foot-tall statues of Buddha? 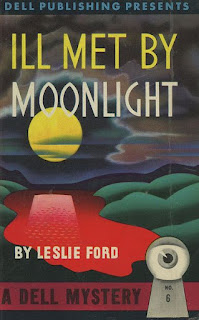 Whenever I start a book, vintage or modern, I look at the copyright date, for I need to envision the clothes worn by the people in my mind, and what vehicles they use. I need to know if the buildings will be anonymous glass, streamlined deco or Victorian grotesque. Will I see color? Black and white? Sepia? When my college professor told us the setting of Camus' The Guest was totally immaterial in reading and understanding the story, I told him he was full of...hot air.

With Leslie Ford's stories, I was not judgemental. I envisioned the period and let her tell the story. It was humorous, charming, chatty and fraught with danger. Unlike others of her time, she did not ignore her black characters who were very much a part of the lives of people like Grace. No cruelty, derision or "monkeyshines" -- her Blacks were carefully crafted sympathetic characters, true to their times; what's more, Ford portrayed the society they kept amongst themselves with sensitivity and as much insight as could an observer. In retrospect, she would have been better off had she shoved all her black people in a bag, as did many writers. Her books would be "safer," and they might be rescued from oblivion, but they would not be nearly as good.

And they really are good novels, not just for the murder mysteries and the glimpses of pre-war and wartime America, but for the complex personal interaction between Mrs Latham and Colonel Primrose, which occurs much to the chagrin of Sergeant Buck, who always worries that his boss will fall into the clutches of the scheming and highly influential Washington widow. Although the series can be enjoyed in any order, it's best to read them in the order published to trace the development of that relationship, from initial encounter to final question. And it really does help your enjoyment if you do not demand that mid-century characters have early 21st Century sensibilities; after all, the popular fiction  of our own "enlightened" age will surely also be out of style, if not out of favor (451 degrees Fahrenheit?) less than two generations from now.