The Man From U.N.C.L.E. was a spy show on NBC in the 1960's, right at the height of the James Bond craze. It detailed the adventures of Agents Napoleon Solo and Illya Kuryakin (Robert Vaughn and David McCallum)﻿ of the United Network Command for Law and Enforcement, a multi-national police force established to battle such threats to the world as evil geniuses, international criminals and, of course, THRUSH, a trans-national terrorist and criminal organization intent on world domination. Under the direction of UNCLE masterspy Alexander Waverly (Leo G. Carroll), the agents, with an assist from the usual beautiful damsel in distress, saved the world on a weekly basis. 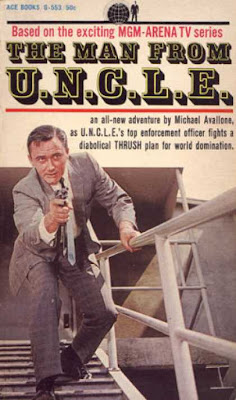 The show was so popular, especially with the increasingly important college-aged audience, that MGM-Arena, the show's production company, contracted with Ace Books to publish a series of adventures based on the show's characters and situations, but not on specific scripts, and under the Ace aegis nearly two dozen novels were published. The initial novel was written by veteran detective and mystery writer Michael Avallone, who also went on to pen the first, and only, novel of The Girl From U.N.C.L.E. series. 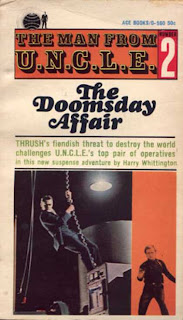 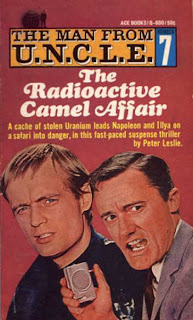 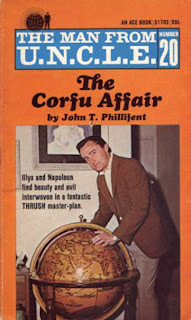 The writers for the series were contracted through Ace Books, and had no real contact with MGM-Arena. As a series based on an existing television show, the books had their ups and downs, usually based on the skills of the writers. As can be expected in such an enterprise, some writers were hacks just crunching out the requisite number of words to get a minimum paycheck; others created stories that were indeed labors of love, that were not at all reflections of the journeyman check they received in exchange. 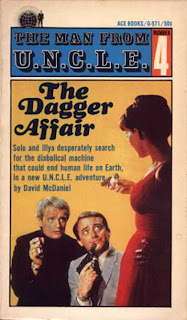 Chief among the great writers in the series was a young fellow named David McDaniel, whose first book, "The Dagger Affair," sold better than any other title in the series. In it and his other titles, we learned not only the inner workings of U.N.C.L.E., but the history and hierarchy of THRUSH, which, according to McDaniel was created by a certain Professor, back in the late 1800's. Not only did this young UNCLE fan format his books in the same four-act manner of the broadcast series, he added lots of in-jokes and fannish asides, such as including real-life fan Forest J. Akerman in "The Vampire Affair," and such literary characters as Fu Manchu, the Saint,  and Sherlock Holmes.
Unfortunately, Ace only published 23 novels, and the books did not outlive the series, coming to an end in 1968. There would have been an even two dozen except for a misunderstanding. McDaniel wrote a final story for the series, which involved an epic showdown between good and evil, which collected together all the characters from his previous UNCLE novels, and included, among other things, a titanic underwater battle involving submarines ranging from a small command sub (carrying Alexander Waverly) to submarine dreadnoughts. The manuscript was written, the contract was signed, but there was a shake-up at Ace, and the book fell through the cracks...it exists in manuscript form but is hard to find.
As to the other books in the series, as well as the non-fiction "The Man From U.N.C.L.E ABC Book of Spies and Espionage." are available through on-line booksellers and auction sites. Since they were published in paperback and were avidly read by fans, finding copies in good condition can be a challenge. Here is a checklist to help you in your search:
Collecting a series of books can be very rewarding on many levels. If you are an older reader, tracking down the volumes in this series can be a cruise down memory lane, evoking many nostalgic feelings; for younger readers, it can be a voyage of discovery back to a time when the boundaries between good and evil are not so blurred as they are now, when America was a much simpler and innocent place, back to a time before the Twin Towers were raised, much less knocked down. And I think you will find the stories enjoyable as well, some more than others.﻿
﻿
Posted by Ralph E. Vaughan at 14:40