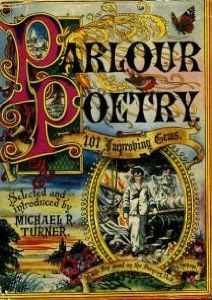 It's a bit of a cliched image, the young lad standing ramrod straight and dressed in his best Victorian finery, at the front of the parlour before enduring guests and adoring family, reciting classic poetry of the highest moral rectitude, poems "with plain, easy rhythms, uncomplicated heroics and unabashed pathos." Modern society may look back upon such activity with a mix of amusement and mockery, but I think we may be missing something of value, for poetry has a way of making us face aspects of our culture we would rather ignore. And poetry is at its strongest when delivered in a clear, strong voice bereft of moral uncertainty.

Unfortunately, not only has the high tide of poetry passed, revealing jagged shoals, but very little modern poetry is intended to be read aloud. Indeed, try to recite most current poems and your tongue will either fall off or you'll Gibbs-slap yourself with it. The poems most successful in verbal performance today are still those gems chosen for recitation by that well-schooled lad in the family parlour.  For me, poetry is primarily a verbal tradition; I don't write as many poems as I used to, but when I do write a poem the first thing I do is read it aloud to hear how it sounds. Admittedly, reading a poem is not like reading a short story and takes a different set of skills, but it's well worth the effort.

As our children were growing, we encouraged them to read poems and to recite their favorites to us. I can't say we were entirely successful, but we were as successful as one can be contending against video games, films, television and the myriad other distractions of this digital age. The Kid recited poems about the survivor of the Titanic, the heroics and folly of battle, and the power of Vachel Lindsay's Jungle; above all, the Kidette regaled us with the tale of Poe's "grim, ungainly, ghastly, gaunt and ominous bird of yore" (over and over and over), but she also brought to life Paul Revere's midnight ride, Blake's Tyger burning brightly in the night, and Sandburg's feline "Fog." And they both took a little stroll with the Carpenter and the Walrus, and cavorted with Eliot's Cats. Now, of course, both children are grown and no longer read poetry, but I do hope those forced performances abide with them. They do with me. 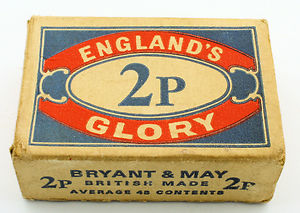 "I started with a matchbox label that read Bryant & May -- England's Glory. That gave me their names, their nationality, and something vague and appealing, the sense of an institution with roots in London's sooty past. I decided that London would be the third character, not the tourist city of guidebooks but the city of invisible societies, hidden parks and drunken theatricals, the people and places I show my friends when the visit. By making my detectives old, I could simultaneously show them as experienced adults and immature children."

I am tremendously attracted to any novel set in London, but especially mysteries, but what first caught my eye when I saw Full Dark House by Christopher Fowler a few years ago was the contradiction of the title. Because both my children were high school thespians (one was leaving school as the other entered, so I had eight years of it) and the Kidette is still associated with theater as a playwright, I know lots of theater terms (including "stage slap," but that is another story). I know that full house is every producer's goal, with SRO, and that dark house means there's no performance and the theater's empty. So, a full dark house...no performance to SRO? 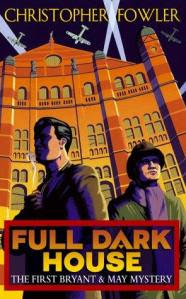 Because I so often come across great mystery series after they have been around awhile (and then have to play hunt-and-seek) I was gratified to start with the first book in the series shortly after it was published in 2003. Here we are introduced to the Peculiar Crimes Unit, an agency started during WW2 to deal with crimes that might cause civil unrest or panic among the population. Leading it then, and now, are Arthur Bryant, London's most senior detective, and John May, who is not much less senior. Bryant and May are a study in contrasts, May being dapper and highly organized, and Bryant being anything but; May embraces technology while Bryant makes a Luddite look like a techno-geek; May employs the latest criminology and police techniques, while Bryant trusts intuition and has been known to call in a dowser or a white witch as a consultant from time to time. For some reason (can't figure out why) I'm more partial to Bryant, who has been known to say such things as "No, I don't have to be rude, but it does help to pass the time," and "I'm going to stuff my brain with information till the day I die, and take it with me." And die is what he does in this first book. Sort of.

In The Water Room (2004) we have an elderly lady found drowned in her home, her lungs full of river water, very much in the realm of the classic locked room mystery. Whereas the first book gave us hints and flashes of London's secret and hidden history, here it hits us full in he face, as we learn of layers of London history, ancient evils and rivers that flow through caverns measureless to man. Reading Fowler's book, you get the feeling that he imparting actual history to you, but the trouble is deciding what is fact and what is fiction. In his blog, Christopher Fowler has written that it's actually the more obscure and extraordinary aspects of his stories that are either real or only lightly fictionalized. When I read a book from the series, I find it quite handy to keep a copy of William Kent's An Encyclopaedia of London within consulting distance, and it doesn't hurt to have also read John O'London's London Stories. 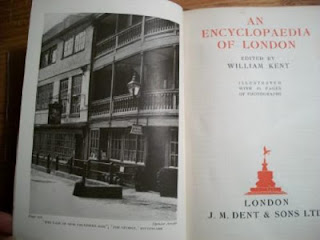 Initially, the PCU does its business from offices above the Mornington Crescent tube station, a real place, then is forced to relocate to a disreputable warehouse on The Caledonian Road, another very real place. By making use of London's actual psychogeography, he achieves his stated goal or making London the third character of the triptych. Quite often, the two detectives find themselves standing on Waterloo Bridge, discussing cases as they look over the city to which they have devoted most of their lives.

If you have not already discovered the pleasure of the Bryant & May series, you should give it a try before the list gets too long and before any go out of print. They series consists of...
In addition, there is a short story, Bryant & May's Mystery Tour (2011), which is part of the Storycuts program and available to US readers in a Kindle edition. Currently, Fowler is working on The Bleeding Heart, which should be out in 2013, and which I will certainly be looking for. 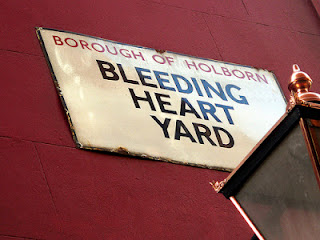 A bit of an addendum to this post and a bonus for Bryant & May fans. Christopher Fowler wrote a very short Christmas story featuring the two elderly detectives of the PCU. Please enjoy.
Posted by Ralph E. Vaughan at 17:02 No comments: