The Afterlife of HP Lovecraft

During his lifetime, fantasy and science fiction writer Howard Phillips Lovecraft often averred that he believed in nothing, in no form of afterlife, neither the Heaven (or Hell) of his Puritan forebears nor the reincarnations of the Eastern religions. At death, he held, there was merely oblivion, a nothingness, a state he thought much more bearable than life, as there were no wants or desires, no pain or anguish. Before our births, he said, there was nothingness, so why make a big fuss about returning to it at the end? But when Lovecraft died of cancer in 1937, was that really the end for him? Perhaps personally, if his beliefs were correct, but not for his name, his stories, or his ideas. It may not be reincarnation in the tradition of our Hindu brethren, but HP Lovecraft continues to touch minds and change lives 115 years after his birth.

More than forty years ago (though sometimes it seems like a thousand), I sat in a high school homeroom class before the start of the actual learning day. It was a time used by my fellow students to do the homework they were supposed to have done the night before or to gossip about who was doing what with whom or to sit sullen-eyed and brood about the unfair vicissitudes of their lives. My homework, however, was completed, as usual, I didn't have any gossipy friends (hardly any friends at all, really), and though I was prone to brooding it was not usually a public activity for me...people just thought me one of the "quiet ones." On this particular day, I was doing what I did every day -- committing to paper stories about people who had never lived in lands that had never existed. As I neared the end of a story about a man foolish enough to venture upon the mist-laden moor alone I felt a dark presence looming over me. My heart froze and my gaze darted frantically to my left. Yes, Mr Vigil, my homeroom teacher, was standing next to me. He asked me what I was doing, I admitted my deed in a barely audible voice, and he asked if he could read it. I have often wondered what my life, or at least my writing life, would have been like if I had bucked authority (as was the fashion in the 60s) and said, "No way, man!" But I didn't, and he did read it, and I sat all sullen-eyed and brooded about the unfair vicissitudes of my life, and interfering teachers; toward the end of class, he handed back "The Moor" and said, surprisingly: "It was really good, and I'd like to read it when it's finished." And then he asked the question: "Have you ever read HP Lovecraft?" As it happened, I had not, but all that was about to change and my writing life take a big left turn. 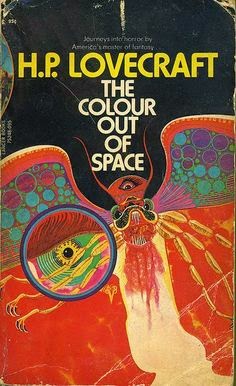 Back in those days, bookstores were everywhere. Even a tiny burg like Chula Vista (pop approx 20K) had two, and that was not counting the two newsstands and the three department stores that had book departments. Downtown San Diego had more than thirty bookstores. But, as it happened, the day after Mr Vigil asked the question, my parents had to go to the Lemon Grove Shopping Center for some reason or another, and I found myself walking the aisles of the late and once great Pickwick Bookstore; one clerk eyed me suspiciously when I asked for Lovecraft (probably thought it was one of Dr David Reuben's books) but a more knowledgeable clerk knew exactly what I needed, and I left with several of the outre-covered editions published by Beagle...money actually being worth something back then, I was able to buy all the titles they had with my yard-work allowance, and get change back. I read them, and was amazed at Lovecraft's cosmic themes and soaring flights of imagination, at his sheer genius in stringing the right words together to invoke myriad moods. And I marveled at his ability to challenge even my vocabulary. 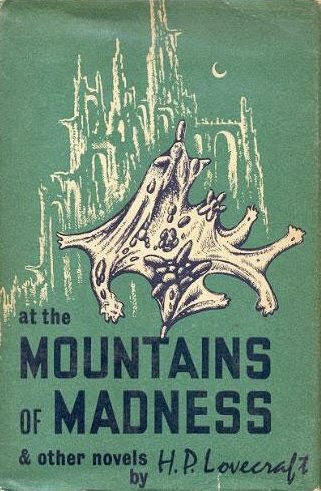 It was not long before I started seeking out other editions of Lovecraft's work. I suppose I could make a rational argument for acquiring the hardcovers published by Arkham House (collector's value, durable editions, and all that) but I think I would be at a loss to explain why I have multiple paperback editions of the same story collections. Thank goodness publishers later edited the stories by theme for I could then quite truthfully (yet truly mendaciously) claim I did not have the book in my library. I cannot even claim I was replacing worn and discarded books, for I still have the paperbacks I bought at Pickwick's and "discard" seems to be the one word never to have made it to my working vocabulary. 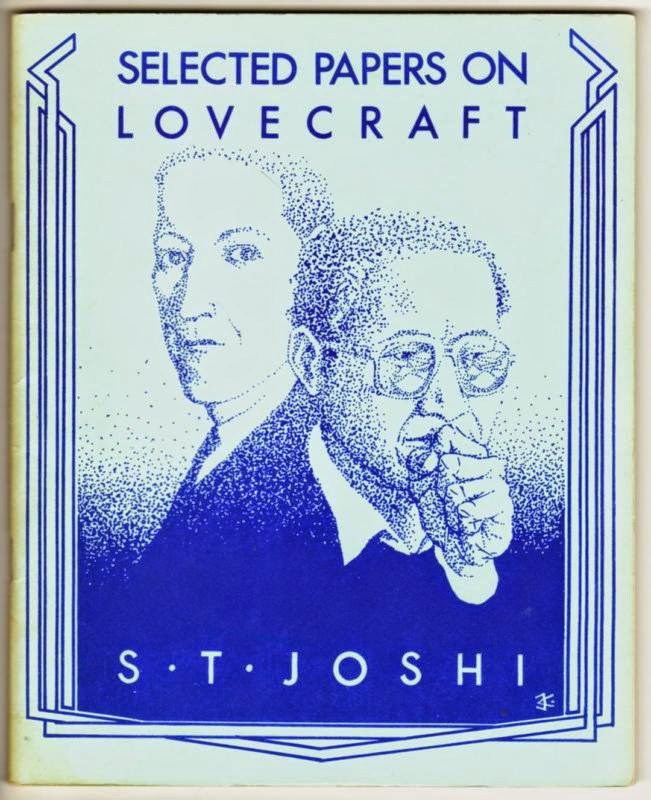 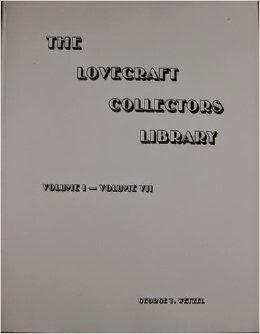 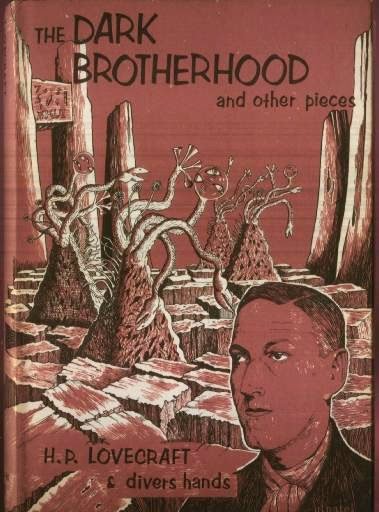 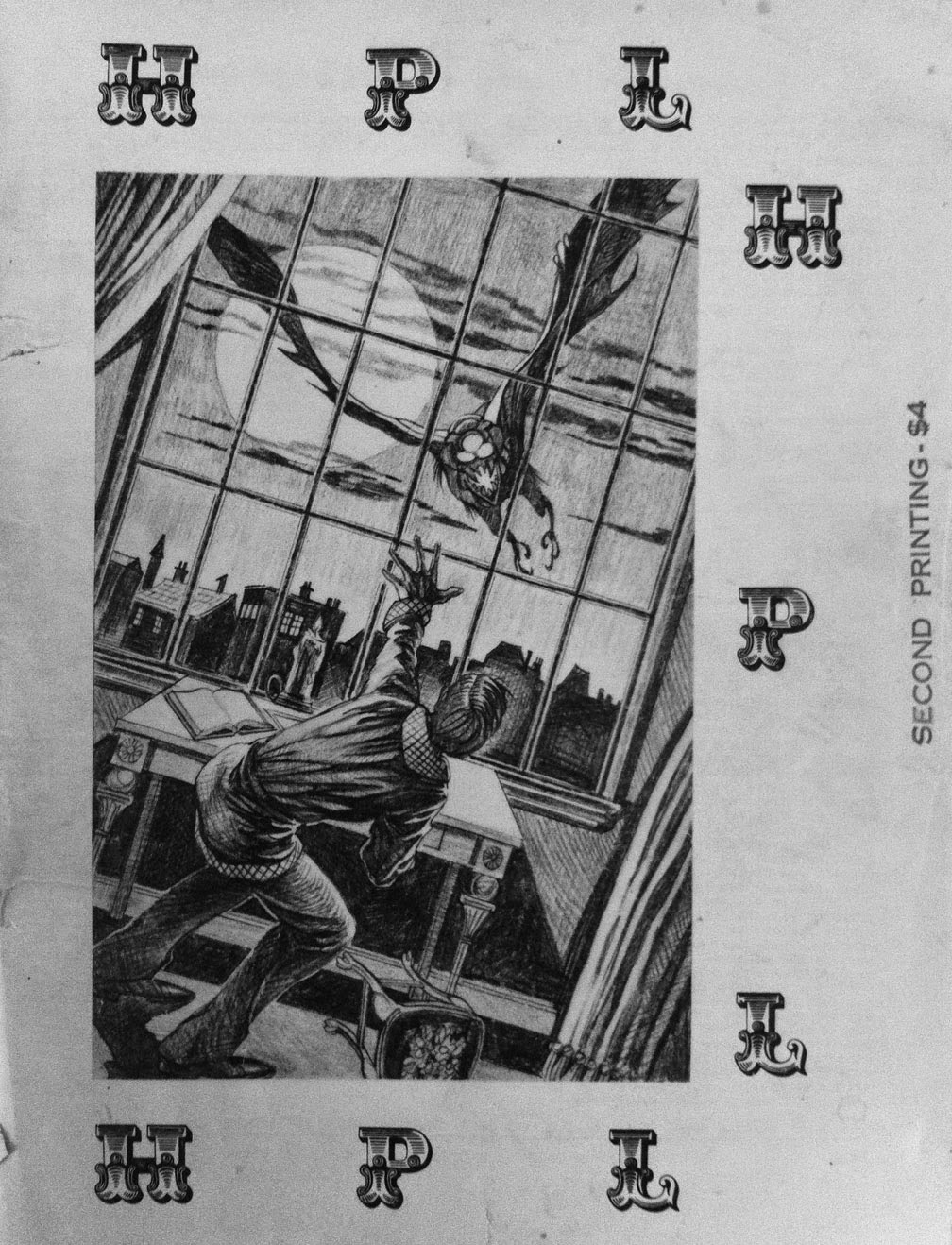 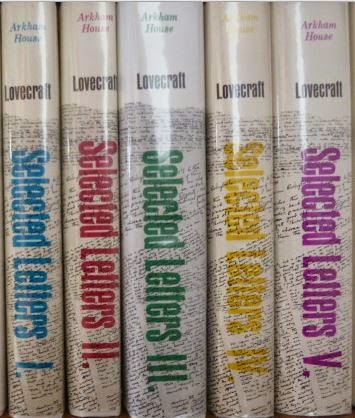 Of course, if you get collecting Lovecraft, you don't just stop with his writings. You also collect things written about him and even stories that other people wrote based upon his writings. Eventually, if you become a full-fledged citizen of Lovecraft-land, you also start writing about him and write stories based on his ideas, and there was no time better for that activity than the pre-millennium decades, when print fanzines, chapbooks and booklets were rife, and the small press was a cottage industry engaged in by thousands of people, dozens of whom became my correspondents and sometimes my collaborators in fiction.


Even in the stories and books I've written that do not overtly evoke the shade of Lovecraft and his ideas, he always seems to be in the back of my mind, pointing out shadows even when more than one sun illumines the land, reminding me that even the most bucolic landscape is but a thin veneer over ancient secrets, that the reality we see is but a pale manifestation of the of the reality hidden from our severely limited senses.

I've thought of writing this little homage to HP Lovecraft for quite awhile, and I've hinted of my debt to him in other posts, but the time never seemed quite right. But it is today, the 115th anniversary of his birth. He lived less than 47 years, and if his beliefs were correct he entered oblivion on 15 March 1937, but, at the same time, the most important aspects of his life survived the demise of his mortal shell, perpetuated by the work of every writer, artist, filmmaker and reader whose life he touched, and, to a writer, that may be the best kind of afterlife for which to hope.