Unattended Children Will... Go On Adventures

Quick – I have a challenge for you: Go to your bookcase and pull out one of the children’s books. More than likely, the book you have chosen does not have parents in a strong and positive role.
Recently I was forwarded an email asking about children’s books that had parents as role models and I realized that, like in a Disney film, there aren’t many. This got me thinking as to why they are strangely absent from the pages when most people do, in fact, have parents. 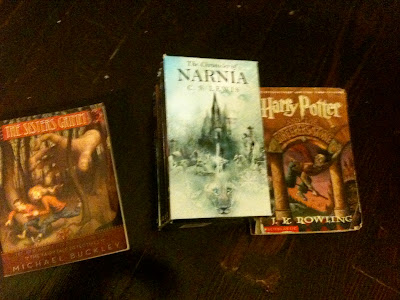 Three book series I love: Sisters Grimm - Parents are missing,
Chronicles of Narnia - Adults are rarely seen,
Harry Potter - He's an orphan and his Aunt and Uncle are not great examples of humanity.


Parents don’t belong in this literary universe. If parents were there, the story would be very short and most of the adventures would not occur. Parents take on two functions to children: Protector and nonbeliever.
When I was a kid, I was kind of a scaredy-cat (still am, but I’m better at faking it now) due to an overactive imagination. Even the Happiest Place on Earth, Disneyland, did not escape my visions of danger: I wouldn’t go on the Matterhorn because I just knew the Abominable Snowman was going to unthaw and go on a rampage. 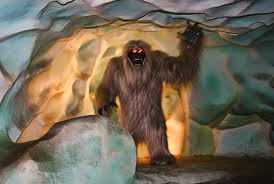 Still manages to terrify me
A lot of adults don’t understand how things look to a kid. There are some important things to remember that adults seem to forget once they reach a certain age: 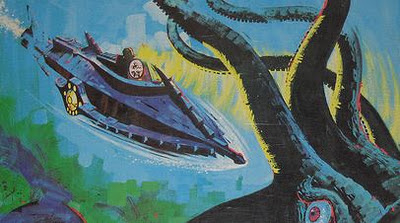 At Disneyland, I would often sit between my parents because I knew my parents would be able to protect me from anything. I knew they could take on the witch in “Snow White’s Scary Adventure” if she tried to stuff a poison apple in my mouth. On the submarine ride, if the octopus punched through the hull and tried to drag me away, I knew my parents would wrestle the octopus and we’d all have sushi. I kept my feet off the floor as a precaution but I knew, without a doubt, that they could handle him. And that’s the thing – parents are protectors. They can diffuse situations before they even happen; they practically have superpowers. Every kid knows this. If parents were in the story, there would be no reason for the kid to go on any adventures and the kid would not be in peril. 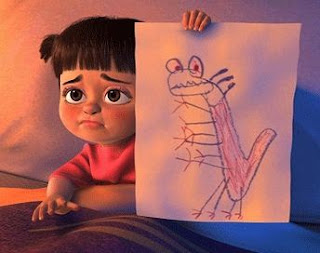 For the most part, parents are non-believers. When I was a kid I saw a ghost and I told my mom about it. She said: “I believe you believe you saw a ghost.” This I-believe-you-believe type sentence is the same as telling someone, “I’m going to humor you, but I think you’re crazy.” Parents are often poking holes in the reports of things that children see; and every kid knows that adults can’t see monsters under the bed or in the closet. They open the door to prove there’s no monster, but we know better. Every kid knows monsters are chameleon-like and can blend into their surroundings whenever an adult looks at them.
In a horror movie, there is an archetype of the seemingly crazy person who tries to warn everyone that there is danger ahead and no one believes them. And they end up being absolutely correct. Same thing, except parents have the power to actually make the danger not exist, making kids not “seemingly crazy” but just plain crazy. 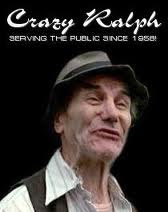 Exactly how we end up feeling when parents insist there is no monster in our closet. We know better.


Parents don’t belong in the children’s literary world, but they do belong in our regular one. The best way to provide a good role model to your kids is to read with them and tell them stories. Trust me on this, it works. I would not have turned out as fantastically awesome (and modest) as I did if my parents hadn’t sat with me and read with me.
Posted by Arimintha at 08:59