Did VALIS dream of Phil Dick? 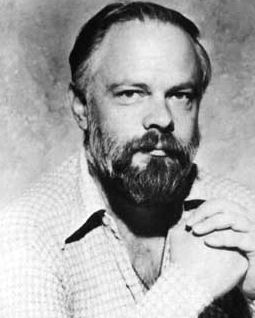 I knew who Philip K. Dick was before ever I opened the book VALIS in 1981, was astounded by what I found, and started corresponding with him. His work had long intrigued and challenged me. At the time the hyping media news was that a big-budget film called Blade Runner was being shot. Now such films are commonplace, but we were still high from the Star Wars films, and sci-fi was just then becoming the bankable commodity it is now. The film, which stared Harrison Ford as the replicant (android) hunter Deckard, has proved to be more influential than anyone thought it would ever be when  lensed; however, the bigger news (at least to readers) was the novel upon which it was based...rather loosely based as it turned out. Phil Dick's Do Androids Dream of Electric Sheep? was an extremely challenging and dystopian look at what it means to be human; while the film touches upon this theme, its main raison d'etre is the exploration of an ill-starred  romance played out against a detective story upon a film noir template.

The huge fandom hubbub surrounding Blade Runner in the early 1980s caused a resurgence of interest in Phil and his works. While he was hardly a forgotten figure in science fiction, other names were on the rise (such as David Brin and William Gibson), and major books had been published by Arthur C Clarke (The Fountains of Paradise), Larry Niven (The Ringworld Engineers) and Isaac Asimov (Foundation's Edge). It was an era of a "hard" science fiction resurgence, and Phil had always been associated more with "soft" sciences like sociology and psychology; even though his novels and stories were filled with the accouterments of science fiction, his real purpose in writing them was to challenge our concepts of reality, which usually presented unwonted puzzles and dilemmas to the reader, even when it appeared a book might be based on an "ordinary" science fiction theme. 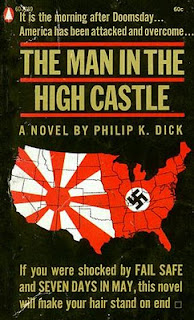 A good example is The Man in the High Castle, a favorite of mine. On the surface it's another alternate history novel, showing an altered present based on a timeline where events unfolded differently. As you can see from the cover (left) Popular Library did not present it as a science fiction story but a suspense novel, as Len Deighton's publisher did for SS-GB. America loses WW2 and the country gets split down the middle by the Japanese and German victors. One of the main characters is a Jew who lives in the Japanese sector (for obvious reasons), a craftsman who specializes in fake American antiques. Events put him in conflict with the authorities and he finds himself on a quest to find the titular man who lives in a redoubt called the High Castle, a writer who has written The Grasshopper Lies Heavy, a novel banned by the Nazis, set in an alternate history where the Axis Powers did not win the war. Where another writer might have written a story gratuitously examining the excesses of a Axis-controlled world, Phil wrote an intricately plotted piece of meta-fiction about a writer writing such a book as his own publisher might have expected him to write. The Grasshopper Lies Heavy is not a depiction of our world as it is, but as it would have been imagined by a pulp writer hack. A book within a book, and who is to say we are ourselves not characters in some slapdash potboiler?

By the early 1980s, I knew my fair share of writers, either by meeting them at conventions or through correspondence; well, there was also Poul Anderson, whom I looked up in the phone book while visiting my cousin in the late 60s, and Harry Harrison, upon whose door I knocked and introduced myself...yes, those were very different times, and doing the same thing now might get you picked up as a stalker. 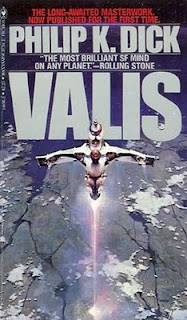 Phil Dick was not the kind of writer who haunted science fiction conventions, and he had something of a weird reputation, weird even among that subculture where quirky and eccentric are normal. Lots of people thought his brain had been fried by drugs, that he was so paranoid about government surveillance that he had become a hermit (like Hawthorne Abendsen, the author of The Grasshopper Lies Heavy) and that his best work -- Do Androids Dream of Electric Sheep? (1966), The Three Stigmata of Eldritch Palmer (1964) and Time Out of Joint (1959) -- was behind him.

Then the news about Blade Runner broke, and VALIS burst onto the scene, making everyone question what they had believed about poor paranoid Phil, and some concluded things were even worse than they had thought. VALIS is a meta-fictional novel about a science fiction writer named Phil (the narrator) and his friend named Horselover Fat (also the narrator), and Fat's belief that there is in orbit about the Earth an alien satellite called Vast Active Living Intelligence System (VALIS), which has influenced history, society and the lives of individual human beings, including one Horselover Fat. What narrator Phil eventually discovers is what his fictional friends and many readers (especially those with a philological bent) already knew, that he and Horselover Fat are the same person. In the novel, the moment of that revelation is devastating to both narrators, as well as to readers entangled in the meta-fictional tapestry woven by author Phil Dick. I was one of the many caught in the turmoil of the novel, and I was moved to an action rather rare for me -- I dispatched a letter to Phil Dick c/o his publisher. No one was more surprised than I when he responded, and not with a short note, but a long and enthusiastic missive.

In our letters, we discussed the intricacies of VALIS, as well as questions I had long held about some of his other books and stories. And, of course, we discussed the upcoming Blade Runner. He was not happy about what they were doing to his book, about the liberties taken with plot and character; he also did not like the fact the producers had ditched his own philosophical title for one licensed from an Alan Nourse novel; Phil refused an offer of about a half-million dollars to novelize the screenplay used for Blade Runner, and in the end his original book was published as the tie-in, but with the film poster on the cover and his own title relegated to parentheses. At one point, Phil confided he was so mad about what they had done he felt like kicking the cat off the balcony, but a couple of letters later he relented and said that after seeing some of the visuals from the film he thought they had captured something of the spirit of the post-apocalyptic world he had imagined for Do Androids Dream of Electric Sheep? 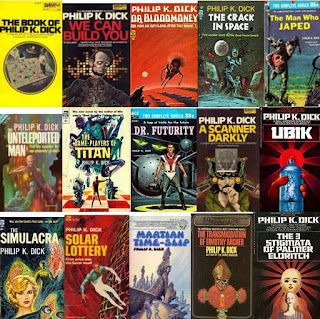 In one letter, I asked Phil if it would be okay if I mailed him some books for autographing. Rather foolishly, he agreed. Next thing he knew, he'd received a large and heavy box filled with manila envelopes. In each postage-paid self-addressed envelope was one of his books. All he had to do was autograph the book within, put it back in the envelope, seal it and drop it in the mail. He took it with good humor, and loads of humility, but in a separate letter he complained that perhaps he had a hernia after taking it all to the post office. In that same letter he enclosed a personal check reimbursing me for postage; I never cashed it, but I was very touched by the gesture.

Phil Dick was a pleasant and entertaining correspondent, and don't think I ever forgot for one minute that he did not have to write to me at all. When he received that first letter forwarded by his publisher, he could have tossed it in the deep-six, dismissing me as just another fanboy and my interest in VALIS and his other works as nothing more than drivel. But he did not, and that puts to flight many of the rumors about Phil Dick and how he lived his life. I had hoped for a long and fruitful correspondence with Phil, but such was not to be. On 2 march 1982, several months after we started corresponding, Phil Dick passed away, and was laid to rest next to his twin sister, Jane, whose death, more than 50 years before, had long haunted him. He was a great man, a great writer, and I miss him still. 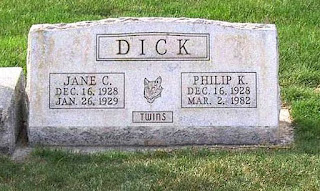