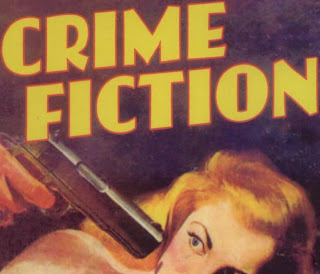 If you're the kind of person who thrives on contention, argument and bare-knuckle conflict (you know, you think that firecrackers and ant hills were made for each other), there are all sorts of things you can do to amuse yourself -- throw a T-bone into a pack of junk yard dogs, toss chum and sharks into a municipal swimming pool, put $2 price tags on plasma TVs on Black Friday or shove a pork barrel into a Congressional meeting. Or you could just ask fiction fans to define genres. When I attended a World Fantasy Convention, a panel discussion on science fiction vs fantasy led to a battle royal, and I don't mean a war of words. The only agreement was in the need for ice afterwards. You might get a similar reaction if you asked fans to define "crime fiction."

I used to engage in those sorts of futile literary arguments all the time, but not so much anymore. Back in the day, however, I was usually the intransigent force standing firm against the voices of reason and compromise; in the case of crime fiction, I define it pretty much the same way as the National Rifle Association interprets the Second Amendment -- very strictly, and with a tommy gun (metaphorically) close at hand. 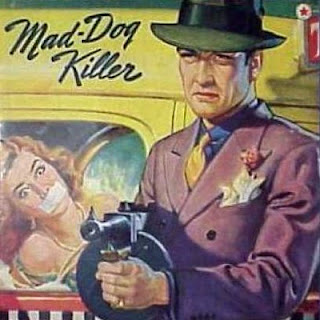 Lists of the best crime writing are easy to come by, especially in this age of electronic flummery, but I eschew them in favor of The Armchair Detective Book of Lists edited by Kate Stine. A quick perusal of the Haycraft-Queen list, the Julian Symons list compiled for The Sunday Times, H.R.F Keating's 100 Best list, and the complementary lists submitted by the Crime Writers Association (British) and the Mystery Writers Association (American) reveal one obvious fact -- people are ready to call just about anything a crime novel. I beg to differ. First of all, no spy novels allowed, which eliminates The Spy Who Came in from the Cold, Riddle of the Sands and From Russia with Love. I'm also giving the old heave-ho to the thriller Day of the Jackal, the adventure story Rogue Male, and Conan Doyle's best, The Hound of the Baskervilles. Just for good measure, so long to The Big Sleep, Rebecca and Murder on the Orient Express.

Mystery fans usually had daggers in their eyes (or hands) by this time, and none were at all mollified by the fact that I allowed The High Window, Tiger in the Smoke, Strangers on a Train, The Glass Key, The Grifters, The Third Man and the entire Lovejoy series of books. The ire of the fans (short for fanatics, of course) is understandable, expected and probably even deserved. So, what makes for a crime novel? 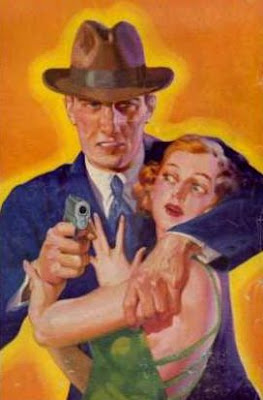 Before we look at what aspects are integral to the crime novel (as opposed to mystery or spy novels) we should consider what traits are not necessary for this peculiar and particular sub-genre:
Good guys/Bad guys
Mysteries
An investigation
Justice
Okay, that cuts out a lot of books that masquerade as crime novels in the best-of lists and in publishers lists. So, what is required? Some obvious, and some not so much:
Crime
Criminal(s)
Victim(s)
Motivation
Philosophy
To quote a detective named Zero: "There are no good guys; there are no bad guys -- it's just a bunch of guys." Whereas the heart of the mystery is morality, the core of the crime novel is, if not amorality, then ambiguity. 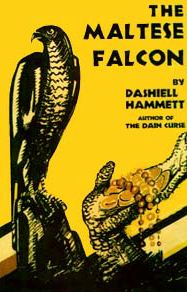 Detectives and police, other than in supporting roles, generally get in the way in the crime novel, as does any sort of investigation. An obvious example of that is The Maltese Falcon where Sam Spade finds himself tossed back and forth between the antics of criminals and adventurers Kaspar Gutman, Bridget O'Shaughnessy, Joel Cairo and gunsel Wilmer Cook. Everybody thinks Spade is investigating the whereabouts of the Black Bird, but all he's really doing is watching the principals of the crime, and even at the end, when he pegs duplicitous Bridget for the murder of partner Miles Archer, it's neither the result of investigation nor deduction, just an observation of an obvious crime he can't ignore, no matter how much he's tempted. The Maltese Falcon -- no investigation, no police other than knuckleheads  Polhaus and Dundy, and no justice, just the moral ambiguity of Bridget heading off to prison, only because the gunsel is not around to take the fall, and Gutman and Cairo are heading back to Constantinople. Plot and motivation rule, with Spade as a passive nemesis. Not the greatest detective or mystery novel, as some bill it, but certainly the greatest crime novel. 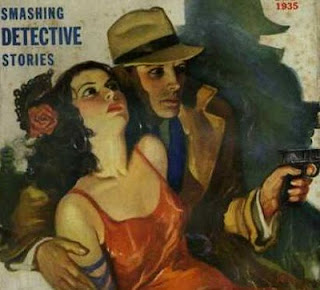 For the crime novel, criminals are essential, but they need not be masterminds, or even competent.  In fact, it may help the plot for them to be small fries in thrall to an organization as ruthless as the Mafia or Wal-Mart. Such is the case in The Grifters by Jim Thompson, where Lilly Dillon works for bookie Bobo Justus. The plot is propelled by Lilly's conflict with Bobo, who thinks she's cheating him, and by Lilly's competition with her weak-willed son's moll for his affections. The novel is infused with crime, criminals, victims, criminals as victims, motivation and the moral ambiguity of the crime novel universe that guarantees there will be no justice, at least not a justice based in a lawful morality. The philosophy of the crime universe is not one of good vs evil, or even of evil vs eviler; the crime philosophy sets aside the concepts of good and evil more deftly than ever did Frederick Nietzsche, who might be considered the patron saint of the crime novel. The Nietzschean race of the television series Andromeda, based on an idea by Star Trek creator Gene Roddenberry, perfectly embody the moral orientation of the crime novel -- "I'm on your side, as long as it's my side too; situations may change, but I don't -- I'm always on my side." 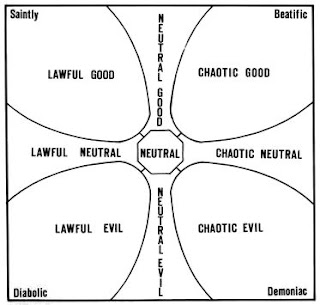 While spies might be considered just as morally ambiguous as the crime novel's protagonists, they really are not; they are agents of constituted authority, possessors of a rigid morality oriented to lawful order, even when they act in chaotic-unlawful ways. You can get an idea of the part played by moral philosophy in the crime novel from the graph to the right. Characters like James Bond, Quiller, Matt Helm and Harry Palmer are going to be either Lawful Good or Lawful Chaotic, for their goals, no matter their actions, always support society. Likewise, Sherlock Holmes is going to bounce between Lawful Good (Hound of the Baskervilles), Chaotic Good (The Adventure of the Devil's Foot) and Lawful Evil (The Final Problem). Contrast that with Sam Spade's nature as Lawful Neutral or Lilly Dillion's Neutral Evil. Killers like Patricia Highsmith's Tom Ripley (The Talented Mr Ripley) and Dexter Morgan (from Jeff Lindsay's popular crime novel series) fall into a neutral crack in the universe as well, this time Chaotic Neutral, because their actions neither advance nor retard the course of society; one of Tom Ripley's victims nails the dichotomy  between the mystery/detective/spy universe and the crime universe when he exclaims, "I cannot understand your total disconnection with the truth of things!" There lies the great divide, that which singles out the crime novel as a unique sub-genre to the mystery. 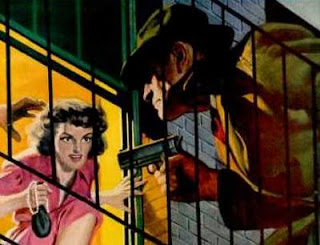 Crime novels are much more difficult to write than other kinds of mystery novels, not so much in the plotting, characterization, motivation or atmosphere, but in the conclusion. Even in a crime novel, where many of the rules go right out the window, the conclusion must still be satisfying to the reader. That's not always an easy task when main characters may be hoods, where everyone may die, where the innocent and the guilty are equally liable to end up in prison, or on a marble slab. When it's handled wrong, you just shake your head, drop the book in disgust and wonder why you wasted your time; when done right, even brilliantly, you have a novel that can be just as cathartic as any morality play by Christie, Chandler, Fleming, P.D. James or Conan Doyle. A toast, then, to crime...and the criminal in all of us.


A small Christmas gift to crime fiction and noir fans: