To Live & Die in Istanbul...or is it Constantinople?

A good city for a murder is London where, according to detective fiction published since the 19th Century, one third of the city is trying to murder another third, while the remaining third solves the crime. And there's New York, where the NYPD will track you down; and Los Angeles, where Harry Bosch of the LAPD will not let you get away with anything; and San Francisco, more known for private eyes than competent police, except Harry Callahan, and the team of Lieutenant Stone and Inspector Keller. Paris is okay for a murder, but only if you're French...it's just the way they are. Other cities have their charms (even Magoddy, Arkansas, I suppose), but for an off-the-beaten-path murder you might consider Istanbul. 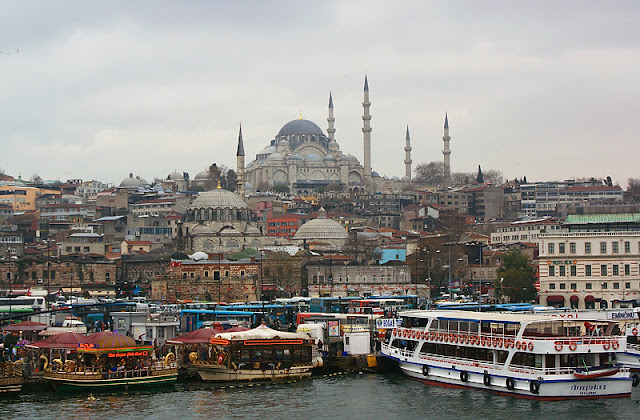 Istanbul is not the capital of Turkey (that distinction belongs to Ankara) but it is the most important city in the country economically and culturally. When first founded, it was called Byzantium, from which we derive "Byzantine," the most common term for the Eastern Roman Empire as well as a description of all plots and plans having a complex or duplicitous twist. Byzantium was also very much an allegory for William Yeats, but that's a discussion for another time. Later, it was called Constantinople, after Emperor Constantine, even after its conquest by the Turks in A.D. 1453, a name which persisted through the 1930s when the Turks finally said, "Enough is enough! Call it what we call it -- Istanbul." 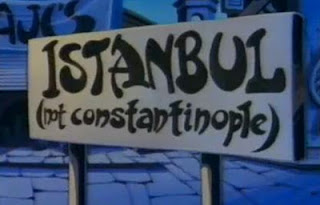 No matter what you call it, it's an exotic city, all modern and bright and electrical on one hand, while, on the other, retaining narrow streets, ancient citadels, thronged bazaars, and a nature that can be downright...byzantine. Even when the action of a story is not set directly in Istanbul, just mentioning it can lend an aura of mystery. In both Graham Greene's Stamboul Train and Agatha Christie's Murder on the Orient Express the plot never really leaves the train, but the Istanbul terminus creates a journey into darkness. The Orient Express linked London with Constantinople in 1883, a fact which annoyed me to no end when researching The Quest for the Copper Scroll, which is set in 1882. Because of that, my characters had to journey to Constantinople via steamer out of Liverpool, a long trek which involved stops in Malta, Italy and Greece -- picturesque, yes, but annoying because all locations had to be researched, not to mention steamer schedules. Dashiell Hammett's The Maltese Falcon mentioned Constantinople as the home of the old General who had rooked Casper Gutman and company of the Black Bird, becoming an ending and a beginning.

One of the greatest books set partly in Istanbul is Eric Ambler's The Mask of Dimitrios (or Coffin for Dimitrios in the USA) which details a mystery writer's quest for the real nature of a mysterious man who turns up dead in the Istanbul morgue. Though the novel's plot soon propels it to Athens and beyond, as the writer tracks down clue after clue, Ambler's descriptions of the city and its people are some of the best put down on paper. Personally, I think The Mask of Dimitrios is one of Eric Ambler's greatest works, even better than another good book of his set in the intrigue of Istanbul -- The Light of Day, one of those books also with an American alias (Topkapi...named for the film made from the book). In it, a man is hired to drive a car from Athens to Istanbul, but is arrested for drug transportation, and the only way he manages to avoid one of those notorious Turkish prisons (not really as bad as portrayed in Midnight Express) is to fall in with a group of odd ducks planning to rob an Istanbul museum. 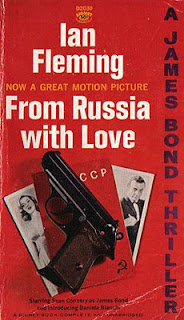 An exciting and well written book set almost entirely in Istanbul and its environs is From Russia With Love by former WW2 spy Ian Fleming, one of the best in the series about Bond...James Bond (voted one of film's most famous catchphrases by the AFI), 007, the spy licensed to kill for Her Majesty's Secret Service. Like all the Bond books, this one was made into a film, but, despite its accolades and the presence of Rosa Kleb and Grant, I consider it the weakest of the Sean Connery outings; still it's far above the films made by the pretenders who followed, for, just as there can only be one Highlander, there can only be one Bond, and for both roles there can be only one Connery. As a book, though, From Russia with Love is the best of Fleming's work. Fleming generally loses himself in sport (as he did in Strangway's card game in Doctor No and the put-by-put description of the golf game in Goldfinger), but in From Russia with Love, Fleming sticks to the story and its characters, and Istanbul. Considering what an ace job Fleming did with Istanbul, it's a little surprising he did not include Istanbul in his travelogue book Thrilling Cities, but since those were originally commissioned essays for newspapers, he may not have had a choice. 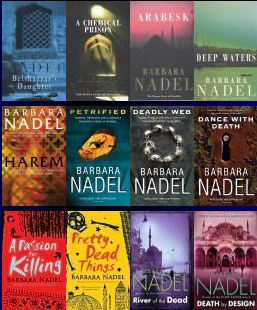 One modern writer who has grabbed Istanbul by the throat is Barbara Nadel, a former West End actress turned author. She has written (and is still at it) an extensive series of mysteries set in Istanbul, featuring Inspector Cetin Ikmen of the Istanbul Police Department. Miss Nadel did not just happen to choose Istanbul as an interesting setting for some books; instead, it appears the books arose from her love of the city and its people. More than thirty years ago, she started trekking to Istanbul, one of those students with a backpack one sees all over Europe when the schools set loose the inmates, and she kept coming back; when she retired from the stage for the life of a writer, Istanbul was a natural choice. The advantage of a series in a city like Istanbul is that each book can explore a facet of the city -- the Jewish Quarter, a modern office building or a street out of time. In a city like Istanbul, the chain-smoking Inspector Ikmen is never lacking for work. 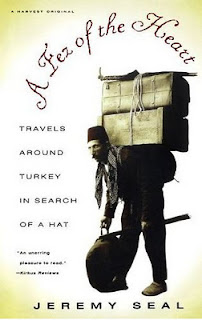 Not all books about Istanbul involve murders, spies or screams in the night. There is no end to nonfiction published about the city, and a great many of those are travel tomes, some written by people who have actually visited Istanbul. While I've read my share of those, from Edmondo di Amicus' 1878 observations in Constantinople (my copy is a first, bought from a UK seller, but nowadays you can read the same thing in Google Books -- technology stinks) to the latest output from Lonely Planet. One of my favorite books in this vein, however, is A Fez of the Heart: Travels Around Turkey in Search of a Hat by Jeremy Seal. First, I have to say, a fez is cool...I'm wholly in agreement with the Doctor on that. Also, one of the joys of this book, aside from observations of Istanbul and Turkey made through unjaded eyes, is observing the changes wrought in this young man's life by the journey. He starts out very much a worrywart: when will we get there, how will I get around, where will I eat, where will I stay, what if no one speaks English...and the list goes on and on till you wish you could reach into the book and just slap Jeremy; by the time you close the book, your guide is all grown up and not at all worried about what will happen beyond the bend in the road. This book was published in 1996, and I feel it was this quest that enabled Seal to become the very adept traveller and travel writer he is today.

There are lots more books about or set in Istanbul/Constantinople than mentioned above, but these were a few of my favorites. If I ever get around to publishing Quest for the Copper Scroll, there will be one other to join the crowd. Until then, here's a little slide show I made for those who want to experience something of the mystery, intrigue and beauty of Istanbul...