If the Guy's a Loser, It Must be Noir 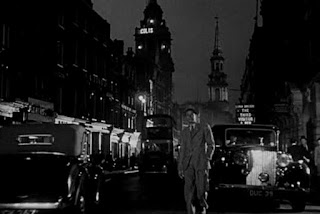 Crime fiction is more popular than ever, and many people seem fascinated by that sub-genre called "noir," which is French for "dark". Film Noir came out of the depression and cynicism that followed WW2, portraying a world of stark contrasts, of desperate characters driven to desperate deeds, but fictional noir started before we even had a name for it, back in the hardboiled detective pulps that flourished after the conclusion of that other war to make the worlds safe for democracy. It rode alongside the standard detective story, but stayed away from the more traditional (English) mystery story. Sure there were detectives and policemen and bank managers and maybe even an heiress or two, but they were all seen from the other side, as through a glass darkly, by grifters and swindlers and peroxide blondes. Such stories were the red-headed step children of the mystery and suspense genres, but things have gotten a little better for them. Somewhat. 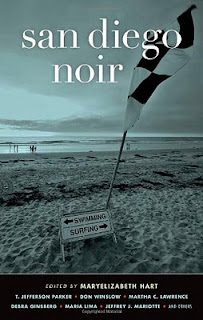 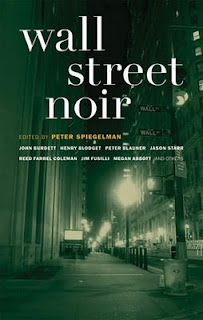 I admit to a certain fondness for the sub-genre despite its shady rep with critics. Mystery writer, critic and publisher Otto Penzler wrote of it: "Look, noir is about losers. The characters in these existential, nihilistic tales are doomed; they may not die, but they probably should." Be that as it may, and despite my tremendous admiration for Otto (his encyclopedia is still my go-to for everything mysterious), my attraction for noir fiction remains unabated. So it was a good day when I happened across Wall Street Noir issued by Akashic Books. Even before it became infested with dissidents, Wall Street was the perfect place for grifters and swindlers, for desperate capers and ill-gotten gains, with perhaps a peroxide blonde or an illicit affair with a trophy wife along the way. The stories were quite varied in style (one was even in the form of a comic strip), but editor Peter Spiegelman maintained a high level of quality. Being from the area, I was also interested in San Diego Noir, which contains the only story I've ever found set in National City, a hotbed of gangs and noir if there ever was one; I had hoped to find a story with a Chula Vista venue, but I guess the only thing dark about my town are the intellects in City Hall. The series started in 2004 with Brooklyn Noir, and exploded from there to include most major American cities and many foreign settings; the series is still going strong. I have to admit that Otto is correct about noir characters being losers in the end, but who doesn't like a good story of darkness, morality and justice now and then?