The Game of the Book

Sometimes we just don't want the book to end, especially true when the book or series is driven by something other than the plot, such as character (Sherlock Homes), location (Dune), or philosophy (Cthulhu mythos). It's why we love (and dread) films based on our favorite books, why we eagerly await a sequel or another book in the series... ofttimes even if the author is long dead. And I think that may be one reason for the popularity of games based on books. Now, I'm not talking about the myriad video games that infest society like so many malignant tumors, but board games. I have nothing against video games, which I play occasionally, or card games, such as the excellent Dominion, or even RPG's (though I more often use them for research than for game playing), but I was raised playing board games, and it's where my comfort zone still is. 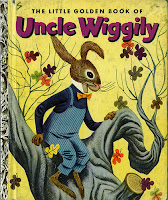 Though I did not realize it at the time, my first experience with a board game based on a book was Uncle Wiggily. The game was created by prolific children's author Howard Garis, who, beginning in 1910, wrote 21 books about Uncle Wiggily Longears. The game appeared in 1916...despite what my children aver, I was around then and did not encounter it till years later. My grandparents (paternal) in Kansas sent me a game for Christmas; the next Christmas, they sent another, then another, and other...before they decided I was too old for the children's game (or remembered they had already mailed me one) I had about a half-dozen copies of the game. The actual play of the game is unremarkable in that pieces are moved along a set path, with the player drawing cards from one of two stacks to receive instructions. 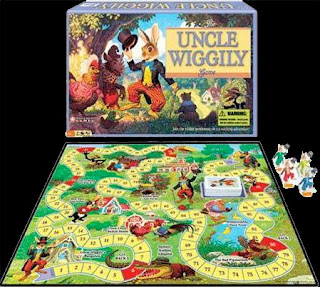 What sets the game apart from any other race game with similar movement systems and goals for winning is all the tie-ins  to the many Uncle Wiggily books, the artwork obviously, but also the movement cards: instead of bare-bones instructions moving forward or back, the child reads directions presented in verse referencing characters from the books. Even though I had not read the books (except the Golden Book, which I thought had come from the game) I still enjoyed the play of the game. In fact, I enjoyed the game so much I barely noticed how much my reading and counting skills were improving...adults can be real sneaky. Another game along these lines for children was the Brer Fox & Brer Rabbit game, fun but now probably prohibited in this PC world.

I think the first game I consciously linked with a book was 20,000 Leagues Under the Sea, inspired by the novel by Jules Verne. I read the book in the third grade and probably acquired the game about the same time. The real impetus for the game, however was not the book, however, but the very successful 1954 film by Walt Disney. The film was great; I enjoyed it almost as much as the book, and I especially like Peter Lorre as Professor Arronax's assistant as I was a big fan of his...he submerged again in 1961 as Commodore Lucius Emery in the entertaining Voyage to the Bottom of the Sea, the novelization of which was by sci-fi great Ted Sturgeon. The Verne-inspired game had an exploration-theme and was actually quite fun to play. Jules Verne's Around the World in 80 Days also provided the basis for multiple board games, one as early as 1904, another as recent as 2005, with many more in-between.

When I was in college one of our favorite diversions between classes and during lunch was a game called Feudal, published by 3M as part of its Bookshelf Games series, which was later taken over by gaming company Avalon Hill. Although Feudal is not based on a book (it's like chess on steroids), but two other games published some years after college by Avalon Hill were based on very popular books -- Starship Troopers by Robert Heinlein and Dune by Frank Herbert. Though very different from each other in play (Dune was based on political intrigue while Starship Troopers was a search-and-destroy bug hunt) they were both entertaining and succeeded at incorporating element of their parent books. Since they were published years before the films of the same names, our play of the games were not tainted with visions of the films. One interesting fact about the Dune game was that it was originally a Roman-themed game called Tribute, which got a makeover when Avalon Hill acquired the license. 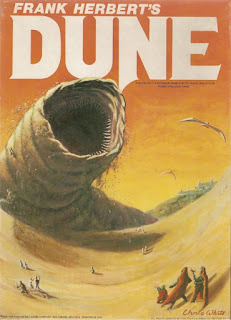 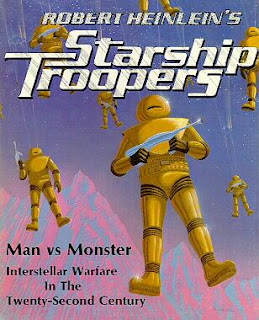 Anyone who has read the stories in Fritz Leiber's Fafhrd and Gray Mouser series (37 stories collected in seven books) know that although those two swordsmen and brothers-in-arms are the heroes of the tales, it is the world of Nehwon, particularly the dark and ancient city of Lankhmar, that takes center stage. How fitting it was, then, that the game published in 1976 by TSR was entitled Lankhmar. 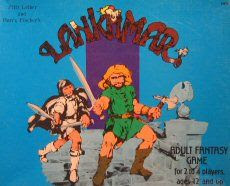 When Fritz Leiber and his friend Harry Fischer first created the world of Nehwon ("a world unlike and like our own") in 1937, they formulated a complex wargame and rules of combat, but when they were approached nearly 40 years later to translate it into a board game, they simplified the rules and gameplay for a more generalized audience. As far as I know this is the only commercial game created by the authors of the books, which may account why the game has an atmosphere reminiscent of the stories themselves. Although Fritz Leiber wrote all the stories (except for a 10,000-word treatment) he always gave his friend full co-credit and royalties, but. Leiber was very much a gentleman of the old school

I was quite excited when Chaosium announced in 1980 that it would soon be publishing a role-playing game called Call of Cthulhu, based on the mythic fantasy fiction of writer H.P. Lovecraft, and I enjoyed playing it when it came out a year later. However I was even more pleased when the company published a board game -- Arkham Horror -- based on Lovecraft's unique dark fiction in 1987, and I bought my copy the first day it became available at Game Towne, the local gaming Mecca. 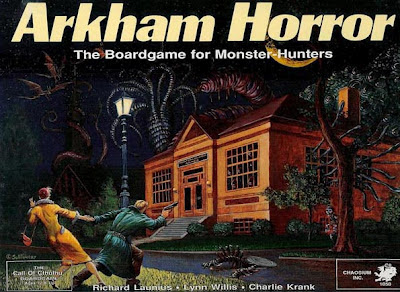 After arriving at the train station, investigators travel about the fictional (or so they claim) town of Arkham, Mass., seeking information, avoiding wandering monsters, fighting off villains, and trying to save the world by closing down inter-dimensional gateways, all without being killed or going insane -- both are common occupational hazards for those who pry into the mysteries of the Cthulhu Mythos. The game was revised quite drastically in 2005, but I still prefer the simplicity and relative naivety of the original issue. 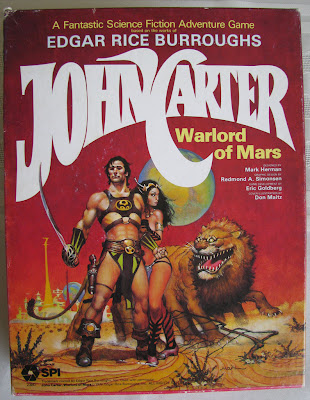 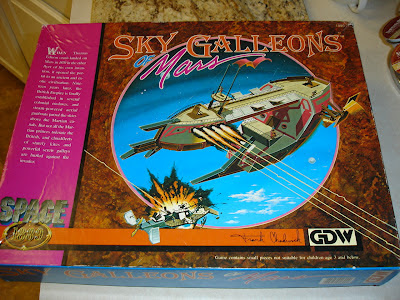 Both John Carter Warlord of Mars and Sky Galleons of Mars are games set upon Mars, but whereas JCWoM is directly derived from the Martian novels of Edgar Rice Burroughs, SGoM only uses some elements of Burroughs' Mars within the larger frame of the Space 1889 RPG from which it derives. A curiosity of the RPG is that it is entirely possible to have Burroughs appear as one of the characters. Both games are tactical in nature, and very fun to play. 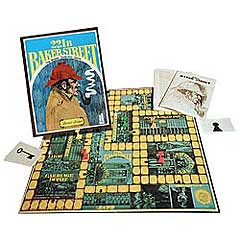 There are a slew of board games based on Sherlock Holmes, either directly or tangentially (we'd have to include the venerable Clue in the latter category), but my vote for most enjoyable board game based on a consulting detective has to be 221B Baker Street. Players are given clues based on the case file chosen as the mystery, after which they visit the locations on the board where they receive other clues (held secret). Get it right, win the game; guess wrong, out you go.

The games I mentioned are just a few of the book-based board games I've owned and played over the years. As many as I've played, however, it only scratched the surface of the subject. There are literally hundreds of games that started life as books, from Elric to Blade Runner, Xanth to Narnia, Baby Sitters Club to Nancy Drew, and Pride & Prejudice to Tales of the Arabian Nights, There are board games based on The Game of Thrones, Dante's Inferno, Jekyll & Hyde, Lord of the Rings, Dracula, Velveteen Rabbit, Curious George, Buck Rogers, Berenstain Bears, Green Eggs and Ham, and Sweet Valley High. And, yes, the Bible has been board-gamed many times, as has both of Homer's (the Greek, not Simpson) books, The Iliad and The Odyssey. 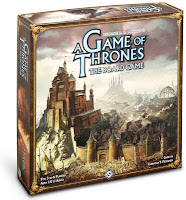 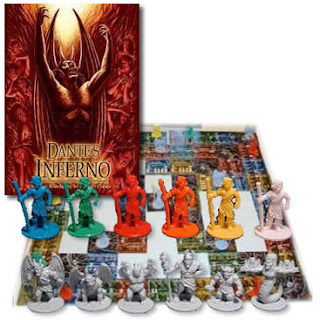 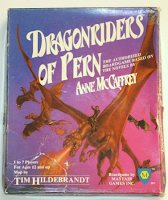 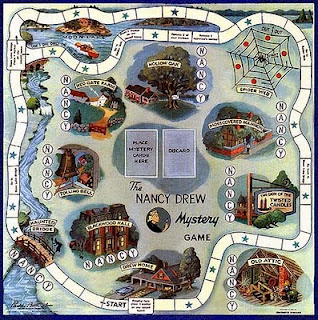 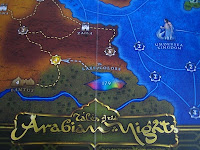 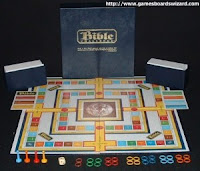 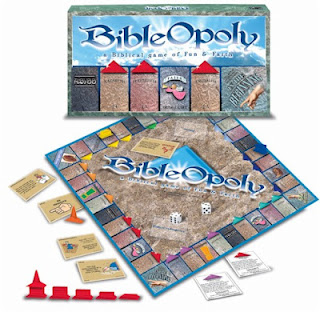 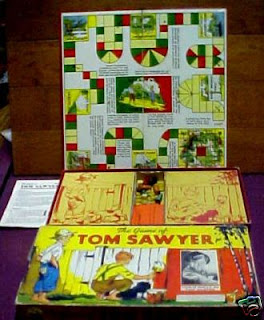 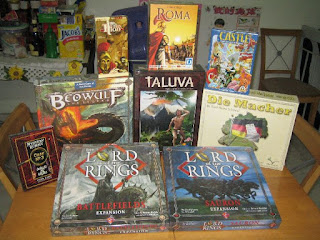 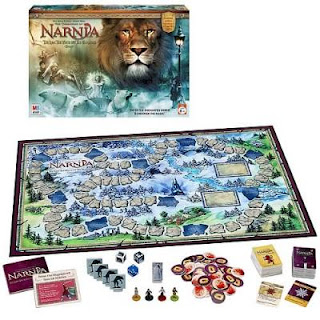 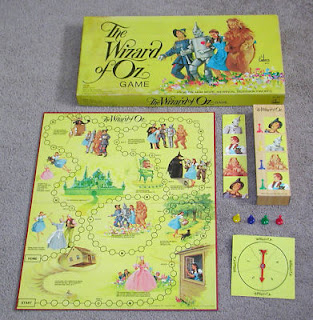 Email ThisBlogThis!Share to TwitterShare to FacebookShare to Pinterest
Labels: books, games, games based on books