It's a Noir Noir World 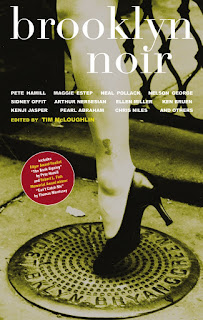 Akashic Books is an independent publisher based in Brooklyn, N.Y., so it's quite appropriate that in 2004 it started its widely acclaimed noir anthology series with a collection of short stories set in their own backyard. Since then, the company has published about fifty anthologies set in various cities in the US and around the world; some cities are so filled with darkness, crime and desperation that Akashic has re-visited them with a second anthology -- San Francisco, Los Angeles (of course!), Manhattan, Brooklyn (three, actually), Boston, and Washington D.C.

Noir is from the French and means black, (you know, like how real coffee is supposed to be) and was first applied to pre- and post-war crime films that abounded in shadows, dark streets, femme fatales, and world-weary gumshoes willing to battle evil for thirty bucks a day, plus expenses. From the silver screen, it's just a hop and a skip down a grimy alley to the printed page. It's no use trying to define what noir is, if only because everyone has his own idea of what it is (and isn't), what is central to the genre and what's out of bounds, so anyone who tries to pin it down is a fool...but we're all fools from time to time, especially me. All that anybody can be sure of, if you're a fan of noir fiction, you need a steady and reliable supply, and if you don't get it, you're like a grifter without a con, or a tout without a racing form. 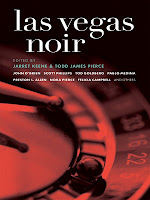 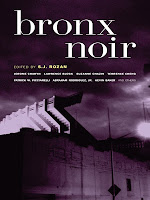 If you're looking for noir fiction to go along with your bourbons on the rocks, there are always plenty of novels from which to choose, from the works of James M. Cain, Raymond Chandler and Patricia Highsmith to modern practitioners like James Ellroy, Dennis Lehane and Michael Connelly. But for short fiction? We find our way back to Akashic Books. Since the anthologies are themed by geography, the stories are a form of regionalism, but with the emphasis on crime, hustlers and dames, the stories are not the sort likely to ever have come from the pens of Robert Frost, Edith Wharton or August Derleth. The appeal of Akashic's approach is that you can probably find the city you live in (or near), a city you've visited (or wanted to), or a city that is the equivalent of a "soul-mate." The drawback, of course, is that if you go solely by city preferences then you might miss a killer story. 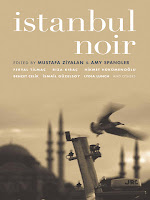 The world being what it is, the United States is not the only place you'll find desperate characters, and Akashic has several titles to prove it. Now, an argument can be made that it's all really just a marketing gimmick, a ploy to get you buy books that you might otherwise pass by, that since every story must have a setting, it really doesn't matter where they're set. But that's not the case when regionalism and noir collide, for a tale of lust and desperation set among the surfers and dog-walkers of San Diego's Ocean Beach can't be transplanted to Brooklyn's Brighton Beach with its middle class Jews and Russian Mafia ex-pats; a crime story with the tempo of Soho  neon just doesn't work in Istanbul's ancient backstreets. When regionalistic noir works (and it does in Akashic's series much more often than not) we end up with a gritty and fascinating tale that could not be set anywhere else but where it's set, a story where the city is integral to the plot and is just as much a character as any guy or doll. Several volumes are in the planning stages at Akashic, with one, USA Noir, scheduled for release on 5 November 2013. Until then, find your noir city and settle down to some great reads. After all, it's a noir noir world...