A Year of Books

Books have always been a large part of my life. Always had my nose in a book, as my mother used to say, and usually spent my allowances on books. Near sixty years and I still have yet to get my nose out of books. People at school, in the Army, at work, always seeing me with at least one boom at hand (and a few more stuffed into pockets) would usually come around to the same question: how many books do you read in a year? I never really had a good answer, except, maybe, "Lots." In this digital age, when people have all but forgotten how to read an analogue clock, such answers are no longer acceptable. After all, we have websites and software to keep track of things like that. And since I belong to Good Reads, and regularly review books as I finish them, all my stats are regularly toted for me by the Great Machine:

Well, it's as impressive as it is appalling, I suppose, but even that does not tell the full story. It does not include all the magazines read, or, for that matter, all the anthology stories read from books piled around me all the time, or the odd book picked up and read simply because it was at hand and I had to have something to read. So, what did I read this year?

1888: London Murders in the Year of the Ripper revealed there was much more going on in London than just the Jack the Ripper murders, and the author drew uneasy parallels between that time and ours.

I enjoyed a score of articles about my beloved movie serials in Blood 'n' Thunder's Cliffhanger Classics, which introduced me to many silent serials of which I knew little.

The diminutive pundit Greg Gutfield skewered the "phony outrage" that is pandemic in our society.

Arch-conservative and smartest-guy-in-the-room William F. Buckley Jr gave me a moving and insightful testament into the nature of faith in Nearer, My God.

One of the best books I read this year was Paperback Confidential, which studied writers active in the original paperback market in the mid-century.

Another highlight for me was Rin Tin Tin: The Life and the Legend, in which a German Shepherd puppy is found in the midst of battle by the right person at the right time...to save them both. 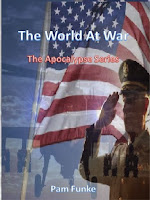 I've always had a love for the Greek legends, so I was glad to accompany Ernle Bradford as he trekked about the Mediterranean in search of crafty Ulysses.

It's back to London's good old bad old days with The Victorian Underworld, and, again, it's disconcerting to see how much like our own world theirs was.

Also disconcerting was Pam Funke's fictional look on the Apocalypse and the Anti-Christ in her series of books, of which The World at War is the second.

The Memory of the Blood was just one of the several Bryant & May books I read this year. The two detectives are even older than me, and always present hidden aspects of London.

Although I enjoy my foreign detectives, nothing beats The American Private Eye, and in this book the author takes a close look at all the major ones, and most of the smaller important ones.

Because I enjoyed the Nero Wolfe books as written by Rex Stout so much, I made a concerted effort to steer clear of the series as carried on by Robert Goldsborough. However, when he wrote Archie Meets Nero Wolfe I just could not help myself...and I was not disappointed. 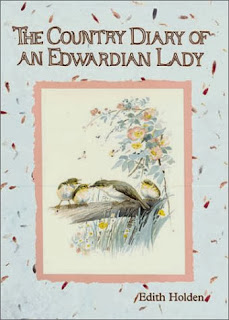 The Country Diary of an Edwardian Lady has to be one of the most beautiful books I have ever read, with its lovingly detailed paintings of the flora and fauna or a year in the country. 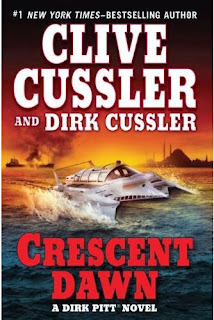 I can't let a year go by without reading one of Clive Cussler's adventure novels, and 2013 was no different. Of the several I read, Crescent Dawn was one of the most thrilling. 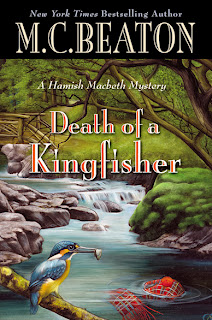 Of all the mystery series set in the UK, one of the most endearing is MC Beaton's tales of Hamish Macbeth, a copper in the Scottish Highlands. In addition to the usual cast of characters, we have in Death of a Kingfisher two lovely children who make the "Bad Seed" look like a girl scout. Creepy. 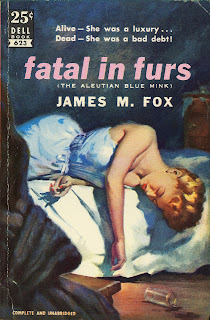 I really can't let a year go by without finding some sleazy paperback I've never read before. While Fatal in Furs was not the sleaziest paperback of 2013 for me, it was still very satisfying. 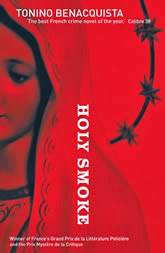 The French has their own way of writing crime novels, especially when the Frenchman involved is from Italy. This book had crime, treachery, the Vatican and the Mob...who could ask for more? 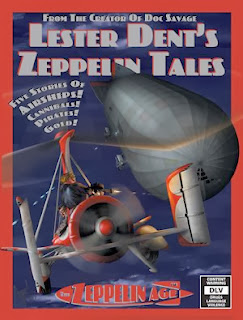 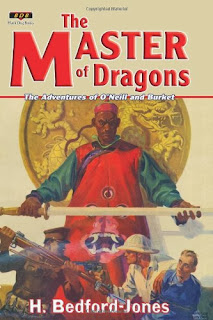 This year saw a big return to the pulps for me. Stories which have been lost for decades are now finding new life, most because of the technology of print-on-demand which makes it economical to have a print run of even a single book. Lester Dent's stories involving airships and H. Bedford-Jones' tales of two adventurers in the Orient were just two of my forays into pulp fiction this year. 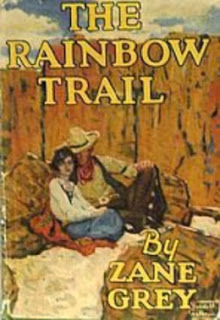 And I finally got around to reading Zane Grey's The Rainbow Trail, sequel to his very famous Riders of the Purple Sage. Though out of step with modern styles and sensibilities, I enjoyed this western romance very much, and it was just one of several westerns for me this year. 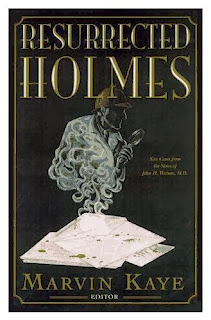 It seems I cannot go a year without reading something connected to Sherlock Holmes, and of the SH books for 2013, Resurrected Holmes was certainly the most unusual. The idea behind the anthology was that notes for stories never written by Watson were given to other famous writers. The results range from perceptive to comic to bizarre. Most enjoyable! 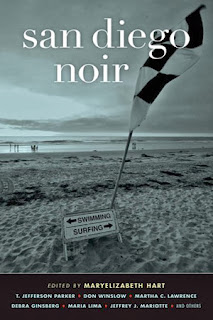 The only disappointment in this anthology is that there were no noir stories set in my Chula Vista. Other than that, an admirable entry in the long-running series of geographically themed noir. 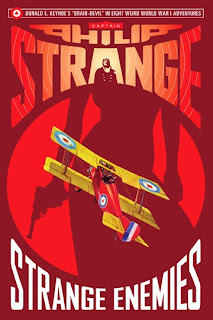 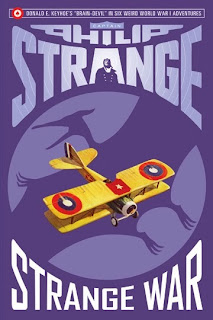 I only knew Donald Keyhoe through his popular writings about UFO's, so I was very surprised to find out he was a very prolific writer during the pulp era. These books were very enjoyable and revealed very strange aspects to the Great War. 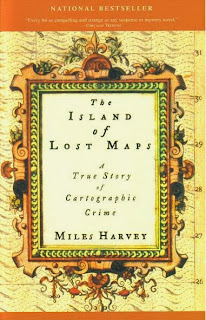 In The Island of Lost Maps, we find a terrible sort of criminal, terrible at least to bibliophiles, for it centers on those who travel from library to library, ripping maps from rare books to sell to collectors.


Certainly not all the books I read in 2013, or even a fair representation, but just a few of the books I enjoyed most. And quite a few of them made their way to me through the Good Reads website in the form of suggestions made because of others books I read. If you don't already belong, you might want to consider it. It has suggestions, forums, giveaways...but more than that, it's fun.
Posted by Ralph E. Vaughan at 23:46