This Time Evil Wore A Mask

K-9 Blues, third volume in the Paws & Claws series, in which the exploits of the Three Dog Detective Agency are continued, was published in January 2014. It is available in print from all the usual on-line booksellers and can be ordered through any bookstore; the electronic edition of the novel is available from Amazon. I like to know how books come to be written, and thought like-minded readers might be interested in how K-9 Blues came into being...

The title of the book came to me when I first developed the series in 2012. After the initial book saw print, I very quickly drew up a list of titles, freely associating characters, plots and interests. I knew it was going to involve police dogs who had been disgraced, that the affected K-9 officers were going to (reluctantly) seek the assistance of the Three Dog Detective Agency, and that the antagonist of the plot was going to be like something out of a serial film or a pulp fiction magazine...he was going to be masked. What I did not know at the time was how many changes I would have to make to the plot because of actions by the various characters, but more about that later.

Because K-9 Blues was about police dogs, I needed a cast. Officers Antony and Arnold had already appeared briefly in Paws & Claws: A Three Dog Mystery, and played a somewhat larger role in the second book, A Flight of Raptors. Since I had already established their personalities -- Antony, the stern and by-the-book Cane Corso, and Arnold, the much more affable Belgian Shepherd -- it remained to establish the other members of the Chula Vista Police Department's crack K-9 Unit. Leader of the Unit was Captain Reese (German Shepherd), but the stalwart officer I first envisioned did not endure, and by his own actions ended up a "useful tool" for the antagonist, mirroring an Army officer I knew. I fared better with Sergeant Rex, the Unit's tough and grizzled non-com, based on a First Sergeant with whom I once served. Completing the main cast of K-9 officers was Boris (Sulimov) who finds himself in a very dark place because of his own poor choices, but choices made because he is lashing out at a world that does not respect his mixed breeding (jackal-dog). Another dog, Blackie (Doberman), a probationary officer started out as a minor character, but his importance in the plot increased later in the book, more through his own initiative than my own planning. Boris also wrote his own role, going far beyond what I had envisioned.

Another character I wanted to bring back from A Flight of Raptors was Ajax, a well-meaning but slightly dim Mastiff who lives in an apartment complex down the street and around the corner from the home of the Three Dog Detective Agency. This time, however, Ajax was going to have a partner. At the end of each book, the Three Dog Detective Agency thanks the reader and asks for nominations of "Animals of Character" for the next book. Canadian artist Cassandra Hueser nominated her pet cat, Swoon.

Swoon is a petite British Shorthair who was rescued from dire circumstances. I thought it would be interesting to partner the small cat with the giant dog, as it would simultaneously reveal Swoon's tough side and Ajax's tender nature. In each of the two previous books, there was an overarching main plot, but numerous tangents, reflecting the busy and varied nature of life in the neighborhood, and  Swoon and Ajax's story was supposed to be another sidebar to the main plot, but it did not work out that way. Swoon was supposed to help rescue Ajax, but that did not work out either. Because the plot was so strong, involving two interweaving lines of inquiry, Swoon found herself not only in the thick of the plot, but in mortal danger.

Because I use actual locations in the books (I shoot photos of the locales that are included in the book) some of the additional characters stem from sights I see, such as a lean Whippet I have seen wandering from time to time. He became Slim Shady, whom I gave a backstory of being an abandoned pet, now afraid to trust companions (the term used by dogs and cats for humans).  He started out as a point of contention between the K-9 officers and the Three Dog Detective Agency, evolved into an unwitting pawn in the antagonist's plot against Antony and Arnold, and a very pitiable sympathetic fellow, all revealed though his words and actions, and whose story, as he told it, brought plot changes.

Another character who came out of the geography of the area was a Welsh Springer Spaniel whose condo overlooks the area behind the Chula Vista Police Department. He is a show dog with the usual complex show name ("I hope you didn't break your jaw saying that," Yoda quipped), but he answers to the name Biggles. Like Slim Shady, he saw more than was healthy to see. Fortunately, he was discovered by the Three Dog Detective Agency, not the minions of the antagonist. His story, as related to Sunny and Yoda, also brought about some plot changes.

We now move, finally, to the antagonist, known only as the Master. It was my plan that the Master would be ultimately revealed as a very large and malicious cat, the reason he kept his distance from others, worked from the shadows, had a very odd (disguised) scent, and, of course, wore a mask. Things did not work out as I had planned, entirely because of Levi's nose. Levi, Sunny and Yoda were in Memorial Park following up information given them by Slim Shady. Levi came upon where the Master had sat and analyzed the scent-molecules drifting up. I thought I knew what he was going to find, but I was wrong. He told the others that the Master was doglike, but peculiar...primitive, like something from the depths of time. I had to rework the entire plot (Thanks, Levi), but I must admit, it made for a much more interesting story. I hope you will think so too... 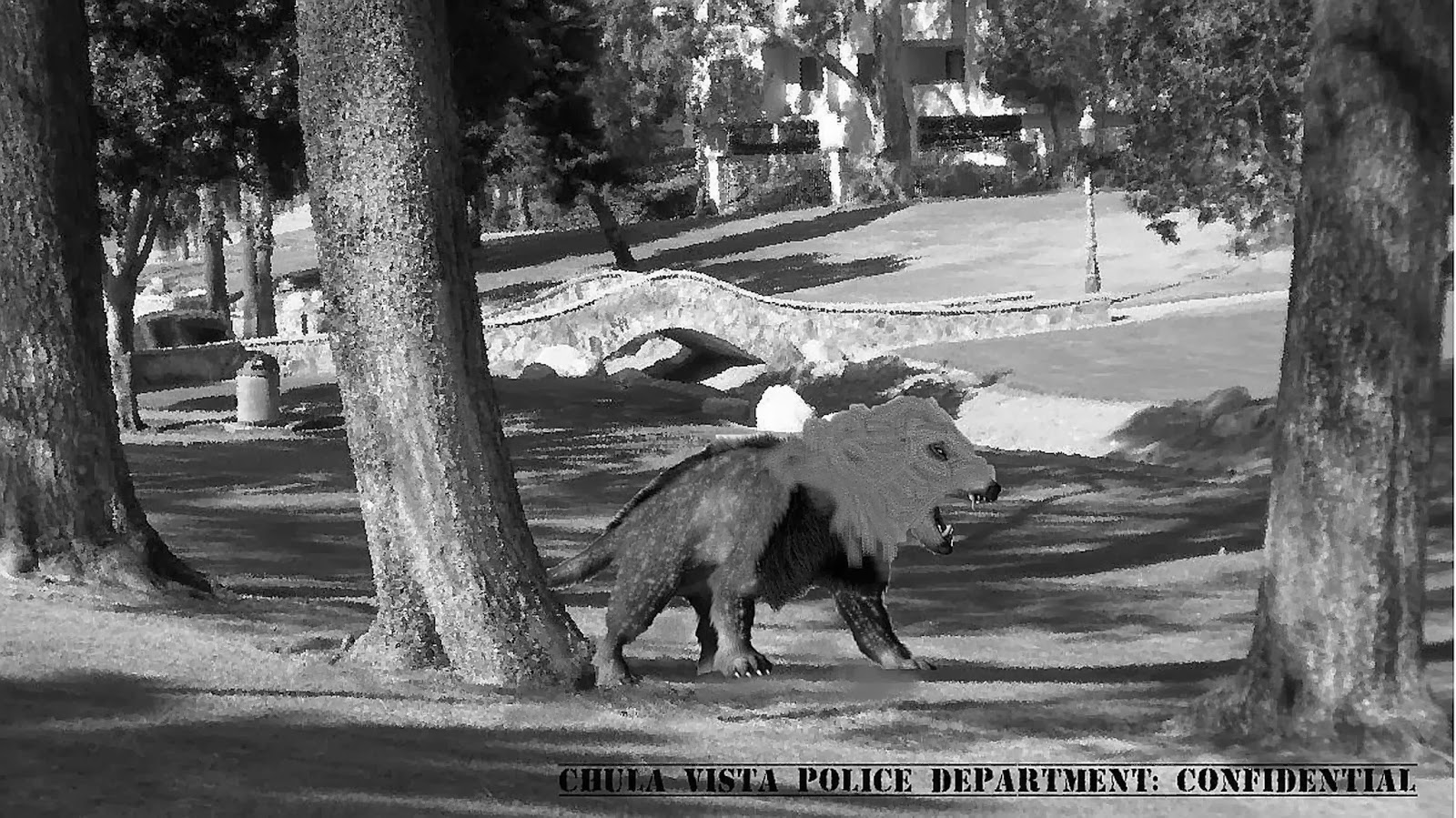