At the end of January I denied my influenza and defied the elements to attend a reception given for authors living in the San Diego area who had published books in 2013. It was not so much that I wanted to meet and greet, craved cheese and crackers, or even wanted to court death; what drew me Downtown was the opportunity to be part of the first exhibition held in the new San Diego Central Library, a project which has been in the works for more than 30 years. As some of you know, I worked for a very long time in the former Central Library, a handsome 5-story (3 above ground, 2 below), so this was an event that resonated with me a bit more than it did with other attendees. Although the new building has some drawbacks, such as no loading docks, no real storage space, and no public access to librarians, it is a very impressive structure, outside and in, from the glittering faux dome (from a distance it appears solid, but up close you can see its true mosaic nature) to the astounding 3-D art around and inside the elevators. It is, of course, much larger than the former library on E Street, between 8th and 9th Avenues, which was built in 1954 (year of the USS Nautilus, Disneyland and Godzilla), but that edifice was so crammed with books and material that, even after shedding tons of discarded books, the new place is full, and most of the local periodicals are still there. 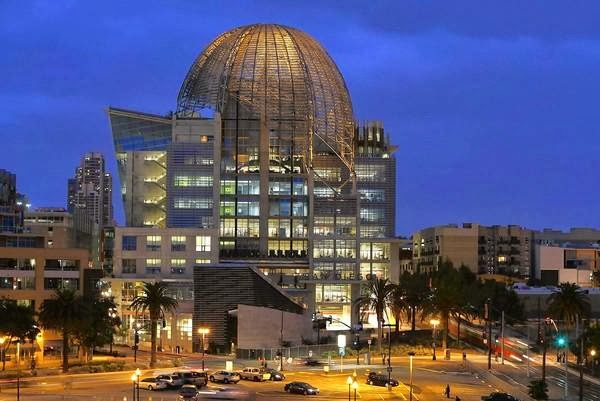 More than 300 books written by local authors are on display in cases on the ground floor through the end of February. At one time e-books were not accepted as part of the event; although that changed last year, they were still not displayed in any way in the old building, though they were listed in the brochure and and in the on-line listing that was posted later in the year. This year, however, computer tablets were mounted on pedestals, and you could either watch a slide show of e-book covers or call up a particular one you wanted to see. As you can imagine, authors stealthily made their ways to the tablets throughout the evening to call up the cover of their own e-book, which stayed there only as long as it took another author to call up his or her own cover. Though most books now also have electronic editions (even mine...yes, I too, and contributing to the downfall of civilization), the tablet display was only for those books having no print edition. I had three books on exhibit this year, Sherlock Holmes: The Coils of Time & Other Stories, Shadows Against the Empire: An Interplanetary Steampunk Adventure, and A Flight of Raptors (Paws & Claws #2), but for some unfathomable reason two were put in once case, and the other in another case across the room. "Sigh"

Once again, what impressed me most was the variety of the titles. Just a brief and random sampling of titles that caught my eye...
Actually there were many more than that, but you can now see the program book for yourself, though I'm told the actual on-line exhibit may not be ready for a couple of months. The library also has a web page that allows you to look at the brochures and on-line exhibits of years past, so you can see what you have missed. If you are in the San Diego area, however, try not to miss this year's exhibit, and do set aside enough time to give the new building a good going-over. And when you do, please stop by the bookstore operated by the Friends of the Central Library and support them if you can. 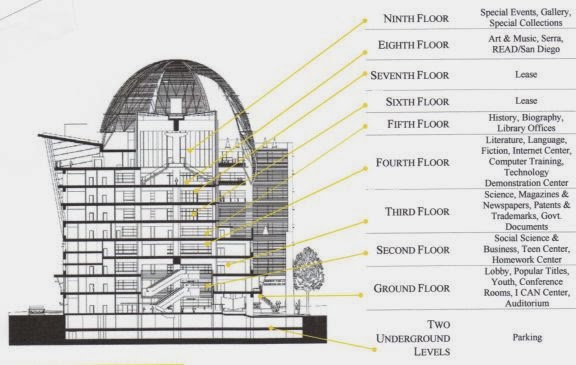