A few months ago, I completed the long-held goal of writing a traditional British mystery. It was titled Murder in the Goblins' Playground, featured DCI Arthur Ravyn, and was very well received by readers who enjoy British mysteries in the "village cozy" genre. I've finished the second book in the series, again set in legend-haunted Hammershire County, and you can get a preview of it here:


Nearly forty years ago I found myself in Adams, Tennessee. It's not a well-known place anymore, except to students of the strange, but in the Nineteenth Century it was one of the most celebrated towns in the United States. It was the site of the Bell Witch incident. Despite the name, it was actually a ghost haunting. When I was there, more than a hundred years later, the town was still under the shadow of the Bell Witch. Businesses used Bell Witch-influenced logos in their signs. Not only could every single resident give detailed instructions on how to reach the original farm where the haunting took place, they all had stories passed down through the generations. And it was a fine irony that the mayor's surname at the time was Strange. 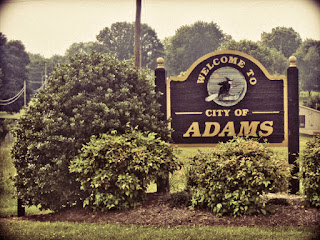 When I began developing Little Wyvern, the village at the centre of "Village of Ghosts," I took some cues from Adams, Tennessee. Anyone looking to develop a village as a ghost-themed tourist destination would want as many ghosts as possible, which would mean dragging every single family skeleton out of its closet, kicking and screaming if necessary. Secrets would be bared. All secrets. More than enough motive for murder...which is exactly what happens in the formerly sleepy village of Little Wyvern. Add in some quirky English characters, a hidden adversary, and a Warlock back after more than 350 years, and you have a mystery worthy of DCI Arthur Ravyn and DS Leo Stark from the Hammershire Constabulary.