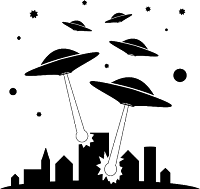 The other day, while I was out back throwing the ball to Holly the Pup, I began thinking about invaders from outer space. Was it in reaction to the chaotic and paranoiac times in which we live, where we seem to have as many enemies within as we have without? Was it an imaginative reaction to sitting under a vast and empty sky and wondering what might happen if it were suddenly filled with spaceships? Was it because I watched way too many trashy science fiction films during my misspent youth? Certainly any of these could lay claim for inspiring me, but it may also been because I was bored to tears and wishing that something interesting would happen, even an alien invasion. To Holly, every throw of the ball is different, every unexpected bounce a surprise to be anticipated and celebrated, but to me every throw is the same, time after time after time. She can go on for two hours or more without becoming one whit jaded, but, for me, my concentration begins to waver after two minutes, or less.

When you sit down and analyze the nature of any alien invasion, you realize there are limited possibilities for the nature of the invaders. I'm not thinking of their forms or motivations but rather their relation to us. I came to the conclusion there are four basic possibilities:


The first aspect that pops to mind is technology, and the gut reaction of most people would be to assume an instant superiority to us. After all, they have space flight and we don't. They have to be superior to us, don't they? Not necessarily, and technology is only one aspect. The are other aspects of the invaders to take into consideration: 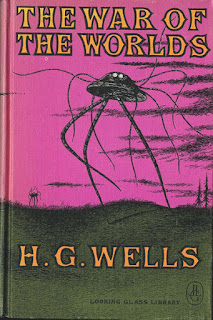 Take for example H.G. Wells' War of the Worlds, not the first alien invasion novel, but the most famous and influential. The Martians were definitely more advanced than the English of the period in terms of technology. They had weapons like heat rays, black smoke and disintegrators, while the British army had only rifles and artillery. However, the Martians were inferior to us biologically, the reason our germs could lay them low. In film adaptations of the book, especially the unwatchable Tom Cruise version, the technological gap has almost closed. In fact, I'd say that in the films the Martians were about equal to us except for the gimmick of the force field--take that away and their machines blow up like any other machine. And yet they remain biologically inferior. 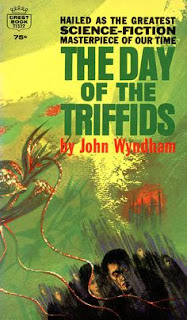 In John Wyndham's Day of the Triffids, there is no technology with which to contend. There, the ambulatory plants have the advantage of biology and society. They are not heirs to the weaknesses of the flesh, nor are they burdened by conflicting social impulses. Their societal imperative, such as they could be said to have one, is clear--dominate and feed. 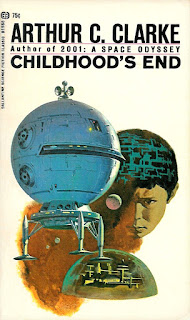 The aliens of Arthur C. Clarke's Childhood's End appear to have technology so far ahead of ours as to seem like magic.They can make the spectators at a bullfight feel the pain of the bull and cause the sun appear not to shine in a specified area. They seem superior to us on all counts, even in the area of ethics and morality, which, of course, is the point of the book. However, we retain a biological superiority because the aliens are unable to make the evolutionary leap that is our destiny, though they can shepherd us toward it. 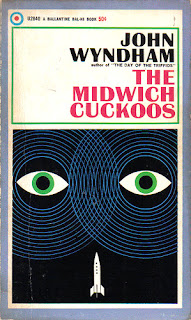 In The Midwich Cuckoos, again by Wyndham, we have aliens about which we can only guess. Are they technologically superior? We don't know because we never see evidence of actual technology. The same applies to society and biology, though we can at least assume there is superiority of some sort, if only because they can make a village go to sleep, protect it with some kind of dampening field and make every woman in the village wake up pregnant. Ethically? Who knows? We often perform experiments of "lesser creatures" and we consider ourselves moral and ethical beings. So why not them?

A few words about cinematic efforts at depicting alien invasions. Usually, we're treated to spectacular special efforts designed to make us think the invaders are technologically advanced--giant ships, exploding buildings, disintegrating people, etc. In reality, though, most of the invaders are about equal to us. That was the case with the aforementioned War of the Worlds films and is true also in such efforts as Independence Day and Battleship. Take away the force field gimmick and all their spaceships go boom. In Battle: Los Angeles, we just shoot the aliens. The examples of aliens truly technologically advanced is are as rare as technologically inferior aliens. While backwards aliens have appeared in print from time to time, I can only think of the Pakleds ("We go. We go fast.") from Star Trek as an example of "simple aliens" on the screen.

Will an alien invasion ever really happen? If we truly live in a universe of infinite possibilities, then the answer must be yes. No one knows what form it may take, but the odds of it being like anything you have read about or seen in the cinema or on television are low. Our imagination always falters when faced with the immensity of the unknown. Nor does anyone know if it will happen before or after the Zombie Apocalypse...yeah, at least we know that's coming. 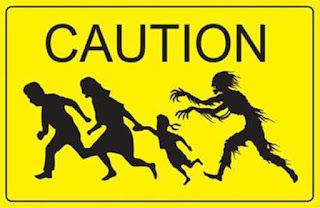