The fourth book in the DCI Arthur Ravyn Mystery series, Murderer in Shadow, is now available. This time DCI Ravyn and DS Stark find themselves in the village of Knight's Crossing, where magic is an everyday part of life...and death. The search for a missing boy leads to the reopening of the Stryker Case, the murder of a family of malevolent magicians more than three decades earlier. For those who'd like a little peak at the story (best viewed full screen)...


Though the magical universe as portrayed in the novel does have some Lovecraftian underpinnings, it's actually based on "real" magical systems used by magicians and sorcerers. Though I don't write many fantasy stories, except the Kira Series and the Cthulhu Mythos stories (which I treat, really, as science fiction and/or mystery), I still conduct reams of research, to the point where less than 10% of the research actually makes it into the story. In crafting the worldview of the villagers of Knight's Crossing I used perhaps a dozen reference books, but three in particular. 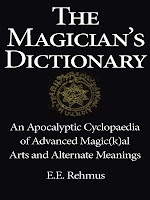 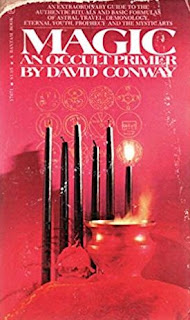 Just because something isn't real doesn't mean it shouldn't be exhaustively researched. In my early years (pre-junior high school), that penchant tended to hold me back. I found it hard to write about subjects I could not describe right down to the nuts and bolts, such as time machines and faster-than-light spaceships. Fortunately, I learned I didn't have to tell the reader how to build one in order to get him to believe it was real in the context of the story. Though Murderer in Shadow is not a fantasy story, it does have some fantastic elements, especially for the down-to-earth Detective Sergeant Leo Stark.

Anyway, it feels good to have Ravyn and Stark back on the job protecting victims, nicking villains, and balancing the letter of the law with the spirit of the law. Though Arthur Ravyn would certainly downplay their importance in the scheme of things, one shudders to think what chaos their absence would cause in Hammershire County, a place where change comes slowly, if at all, the past often intrudes upon the present and old things sometimes refuse to die.