I first met Ray Bradbury more than forty years ago, when he gave a lecture at a local junior college, and I had to cadge a ride to the middle-of-nowhere (the location of the campus till the city sprawled out to meet it) and find a sympathetic soul with a car heading back to the south part of town.

I first met Ray Bradbury more than fifty years ago, when I picked up a copy of The Martian Chronicles, that collection of short stories that some people mistake for a novel of sorts. It's an amazing series of science fiction stories that have not a drop of science in them, not even by the mid-century standards of planetary knowledge. They are fantasy tales, wishful thinking about Mars, a mythic Mars cobbled from Midwestern morality and and a yearning for a Heaven that was more Huck Finn on the Mississippi than Saint Peter at the Gate. And how I loved that vision. 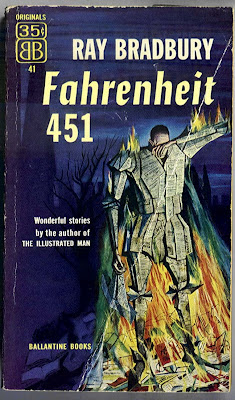 Then I met Ray Bradbury at the local junior college where he had come as a guest lecturer, and I was standing at the bottom of the stage with other nerdy geeks in our black plastic-framed glasses, with white shirts and narrow black ties, our shirt pockets protected from our myriad pens by the obligatory pocket protectors, standing with our stacks of pocketbooks and hardcovers (no Book Club editions!) ready to receive his signatory scrawl with a felt-tipped pen, waiting...waiting...waiting...

No, that's not quite right either.

Then I read a story about a Fireman whose job it was to burn books, but who one day decided he wanted to read the books, not burn them. Even then, I possessed a library much too big than was good for me, so when I encountered the concept of book burning in Fahrenheit 451, I was terrified in that trauma-inducing way which modern society seeks to keep from children; the trauma produced an intense loathing of book burners of any stripe. And I also picked up on the theme which most people still overlook --the manipulation of history. People ignore that theme when they laud this book because they really, really want to manipulate history.

And then (yes, really, this time) I met Ray Bradbury at the local junior college. After listening to him speak about writing and whales and poetry and Ireland and religion and the future and myths and Mars and censorship and films and dinosaurs and Halloween and dandelion wine and who-knows-what-else on that intoxicating night, I stood with all the other attendees (many of whom probably didn't even like science fiction) and gave the famous author much less applause than he deserved, then made my way against the flow of people to the stage area where I waited, cradling my books. And then he descended (I don't recall if he floated down in a silver cloud, but it's possible) and signed our books. He had kind words for all of us, and when I foolishly blurted that I wanted to be a writer he had for me words of encouragement: "Then, you should write."

It was the first time I met Ray Bradbury (in person), but it wasn't the last, not by a long shot. If I learned he was someplace giving a speech which could even remotely be considered "local," I was there. But let me tell you about just one.

I heard Ray Bradbury was not only going to speak at Point Loma University but hold an afternoon-long seminar for anyone who wanted to show up and have tea. I had to go, and that was all there was to it. Nothing was going to get in my way. And, what's more, I was going to take my tape recorder, my camera, my stories, my drawings and all the books that needed autographing.

The problem? It was a school day. Drat! Double drat! Anyone else might have shrugged off the moral dilemma and hookied right over there without a single qualm of conscience. Oh, if only such were possible life would be so much easier -- not now, certainly not then. So I wrote a letter to Dr Padelford, our principal, told him what I wanted to do, and why, and asked for leave to do so. Yes, I was hopelessly naive. But Dr Padelford read my letter, called me into his office and told me he thought it was a fine idea.

It was a very long bus ride, so I started out early that morning, and arrived hours before the start of the seminar. Probably a half-dozen or so fans and would-be writers attended, for in those halcyon days not everyone believed he was a writer and the world was much smaller. As Ray Bradbury spoke to and with us, I felt as if we were a group of friends who had happened to come together on a fine California afternoon. There was no real structure to it, just long and amiable discussion of anything that came up. To illustrate what an alien world it was back in those days, the question of politics did not arise except in relation to the dark warning contained in Fahrenheit 451, which Bradbury called his only true science fiction novel, everything else being either fantasy or in the nature of a dream or vision. When my tape recorder reached the end of the cassette and snapped off, he paused in his speaking, waited patiently for me to flip the cassette, then continued when I was again recording -- what modern writer would so indulge a fan?

After hours with Ray Bradbury,we attended the public lecture he had come to the university to deliver. Yes, we were now just members of the audience, but we fortunate half-dozen were seated in the first row, and I am certain from time to time he directed a fond smile our way, and there may have been a knowing wink. Afterwards, I did not stand in line with the Johnnie-come-latelies for autographs, but I did not leave till long after dark, when buses were few and my little town seemed a galaxy away.

I am saddened by Ray Bradbury's passing on 5 June 2012, but I treasure the times I met him. Each of those times, he did not know me from any of the thousands he met in the course of his life, but his innate kindness and generosity made me feel I was not exactly a stranger. Even though he has now left this ignoble realm for climes sublime, out of space, out of time, I realize he has not left at all. As long as his books endure, Ray Bradbury lives. 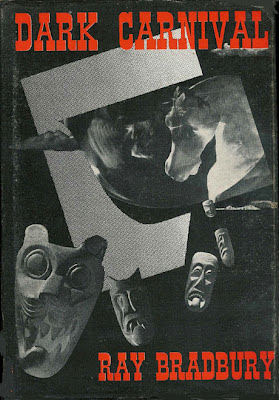 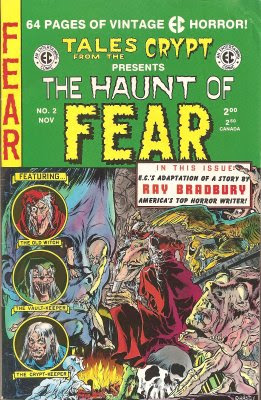 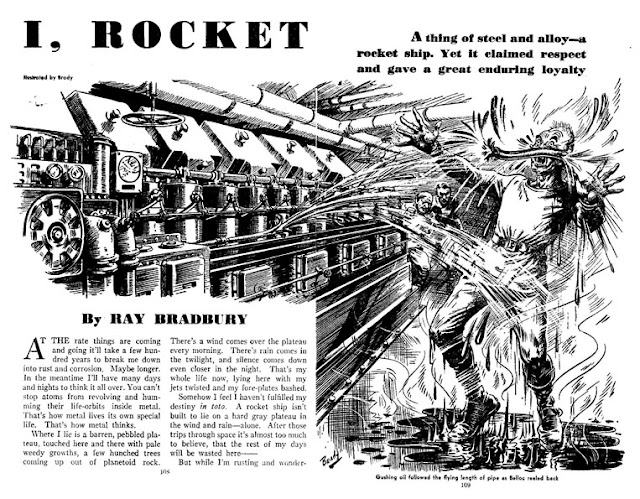 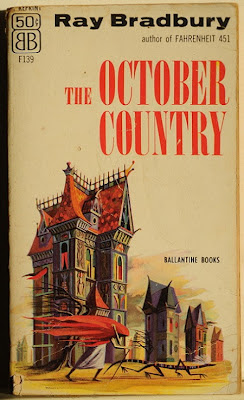 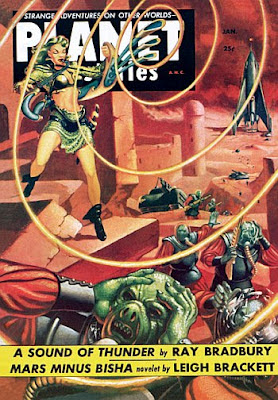 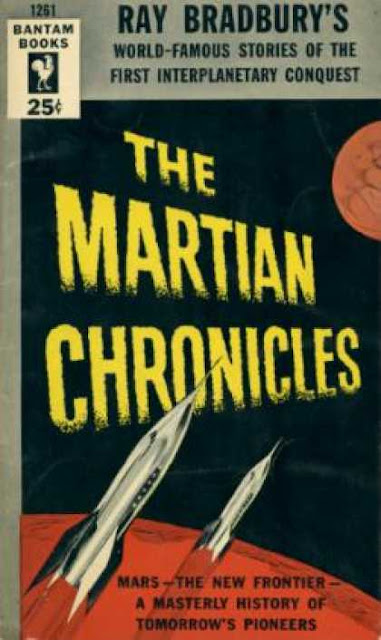 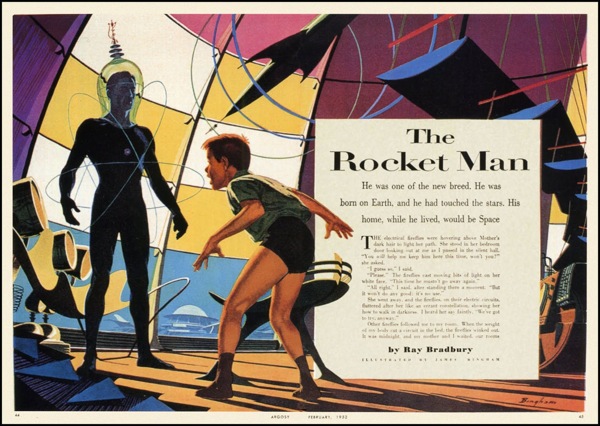