As an ardent bibilophile I have a problem with anyone who advocates book burning in any form, especially if they think they have a good reason for doing so. The firemen in Ray Bradbury's Fahrenheit 451 had excellent reasons for torching the books. Arguments abound for burning the Bible, the Quran, the Harry Potter books, Mein Kampf, or the Betty Crocker cookbooks. Recently, Professor Allison Bridger of San Jose State University (Calif) symbolically torched a book titled The Mad Mad Mad World of Climatism and posted the photo on the University website. The reason? She disagreed with the author, therefore no one should read the book, 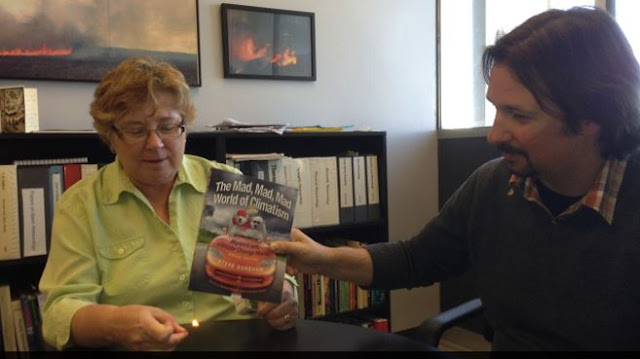 It is highly ironic that educators and librarians claim as their own (despite massive conservative support) an annual observation in the last week of September called "Banned Books Week," which since 1982 has drawn attention to those repressive forces in society that seek to destroy books or limit availability, for whatever reason. By her own efforts, Professor Bridger has aligned herself with those who seek to destroy the First Amendment of the US Constitution. While Professor Bridger protests that she had the best of intentions, it should be remembered: book burners always have the best of intentions...