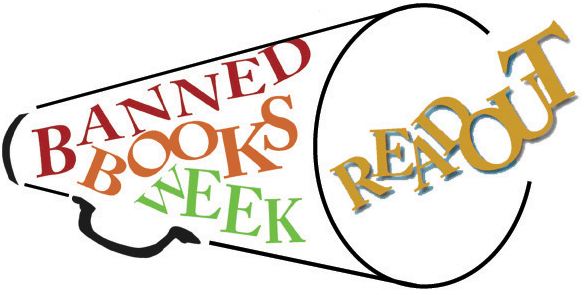 Yesterday (28 September 2011), I had the honor of reading publicly in the lobby of the San Diego Public Library as part of Banned Books Week. Starting about 1430, I began reading, and did so for about an hour. I was one of several people who agreed to read on a schedule, though anyone was welcome to read a book from the "banned books book cart" present, or a book of their own choosing. 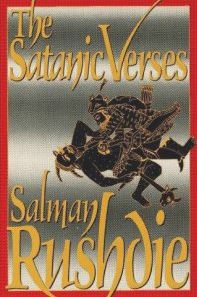 My book of choice was the infamous The Satanic Verses by Salman Rushdie. To me, this is the ultimate banned book. When we think of banned books, we think of actions by governments, and while there were many countries that did -- and still do -- ban this book, government action represents only the tip of the iceberg. Muslims all over the world took to the streets in protest of the book and its author, even before the Ayatollah Khomeini issued a fatwa on 14 February 1989, which decreed death not only for Salman Rushdie but for anyone associated with the publication, translation or distribution of the book. The author, with the assistance of Scotland Yard, went into hiding, and even though he issued an apology, the death sentence remained in effect until the Ayatollah died himself; even the revocation of the fatwa did not stop the violence: the Japanese translator was murdered; its Italian translator barely escaped death; its Turkish translator also escaped being murdered, but 32 others died in ensuing riots. 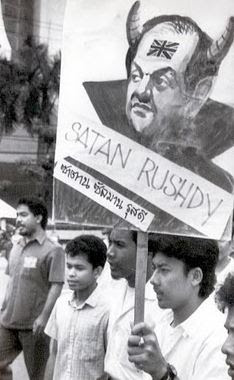 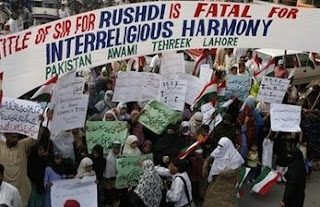 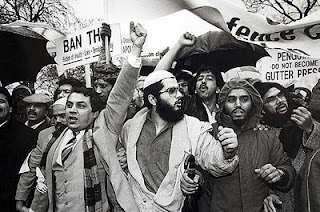 I am quite happy to report I survived my reading of the forbidden tome. There were no attacks, no demonstrations, no demands for apologies from the local CAIR chapter, though in the past it and its director, Edgar Hopida, tried to shut down free speech by pressuring the library to intervene when someone with an opposing viewpoint reserved the public auditorium for a presentation. No signs, no shouts, no swords; however, there were definitely scowls and stares from some library patrons, but they did not linger, did not listen...they did not ban the books for others, but they did ban it for themselves, and that's the only type of banning that should occur in this country, and even that's pretty sad, for no one should be afraid to read anything. 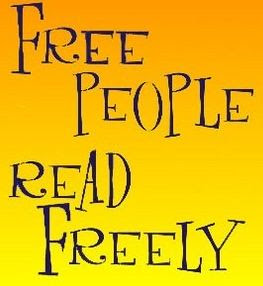 Even the the US does not engage in nationwide book banning -- the last book to receive that honor was the venerable Fanny Hill in 1963 -- thousands of books are challenged or banned at a local level, usually either by school districts or counties and/or cities. Huckleberry Finn and Cather in the Rye are perennial targets of book banners, but thousands of others are put forward each year, sometimes with success, sometime not. Despite what many people think, Liberals are just as likely to ban books as Conservatives, perhaps even more so since school boards and library commissions tends more toward the left than the right, while complainants often veer right. As society changes, though, the reasons also shift -- just recently a school district banned one of my favorites from the school libraries. Sir Arthur Conan Doyle's A Study in Scarlet, the first Sherlock Holmes tale, was prohibited to students, and the reason -- it might offend Mormons.