The library offered by J. Calvin Lauderbach Elementary School in 1962 was, by today's standards, not only inadequate and substandard, but just downright inappropriate. Not a single book addressed the intolerance of races, the biology of sex or the viability of socialism; no book I read featured malcontent children who looked like a meeting of the U.N. General Assembly, or acted like mafioso wannabes. Among the books it did have, however, were juvenile adventure series, and, one of the first I fell into was also one of the best -- the adventures of Tom Swift Jr. 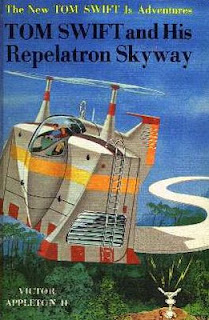 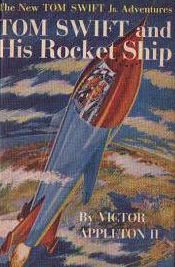 For those of you too young to remember (why are there more young people with each passing year, and why am I having trouble finding elders to respect?) Tom Swift Jr was a scientific genius who traveled to all parts of the world and beyond, exploring mysteries, defeating bad guys and making people's lives better, all through science and technology, which were the great motivators of my age, the reasons why we proto-geeks were absolutely certain that we would have flying cars and cities on Mars by 2001...what a disappointment the future has been.

By the time I discovered Tom Swift, about twenty adventures had been published by Grosset & Dunlap, and after I devoured what was to be had in the school library, I set about to get books on my own. I was much more fortunate than modern kids in that Chula Vista had a few bookstores, and if I could get to downtown San Diego there were more than thirty; additionally, bookstores were located at most of the new shopping centers, department stores offered book sections, and books were a regular commodity at the local thrift stores. While a dollar was extraordinarily difficult to accumulate back then, you got a lot of bang for your buck. 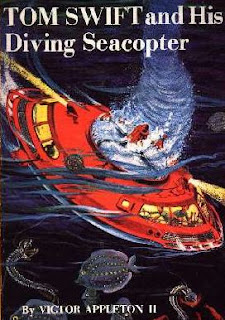 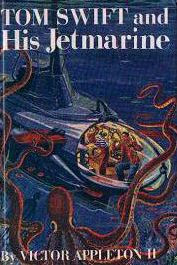 This series lasted for 33 books, and fueled my interest in science. Another fan was NASA scientist Jack Cover, who in 1969, created a non-lethal stun-gun, which he named the Thomas A. Swift Electric Rifle...or as we call it today, TASER.