The measure of any good guy in mystery, adventure or spy fiction is the caliber of his opponent. Ian Fleming's James Bond was bedeviled by Goldfinger, Doctor No, Ernst Stavro Blofeld, Scaramanga, Emilo Largo and sundry agents of SMERSH. Without his oh-so-memorable villains, 007  would have been just another grey,  underpaid, faceless fellow going in and out of Thames House and getting his teeth kicked from time to time for Queen and Country. Sherlock Homes without the spectre of Professor Moriarty? Quiller or Harry Palmer without their neo-Nazi revivals and cold war boffin brokers? Nero Wolfe without the ruthless Mr X? The Saint without either The Tiger or Chief Inspector Claude Eustus Teal? Doc Savage without John Sunlight, or The Shadow without the mob bosses of Chicago and New York? Dennis Nayland Smith without the insidious Doctor Fu Manchu? Jack Ryan without the KGB and various Islamic dictators? Without proper bad guys to bring out the best in them, our literary heroes are just gumshoes, keyhole peepers and civil servants. Today, though, a good bad guy is hard to find. 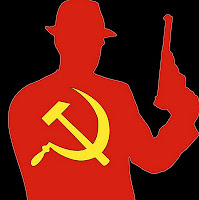 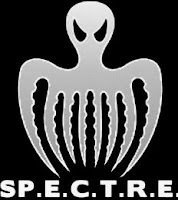 Doctor Fu-Manchu, great criminal mastermind of London's East End, based upon a real Chinatown crime lord named Mr King, was not really popular beyond the 1950's, by which time he had transformed into a quasi-ally in the fight against Communism. Yes, the avatar of the "Yellow Peril" became the foe of the "Red Menace" -- I hate it when a bad guy goes good (except Superman #164, where Lex Luthor had a...moment). The deadly doctor became one of the first victims of political correctness, surviving only in the silly mustache named after him...which is odd because he was clean-shaven -- to a master of disguise, a mustache is a handicap.

The Nazis were always good bad guys for adventure and suspense novels. Nobody liked them and a writer could shine the worst light possible on them without being sued. Political correctness was not the enemy here, but time. After the war, Nazis popped up as malefactors more often than the Reds. As time went on, we had aging Nazis, reinvented Nazis, and sons of Nazis. Valentine Williams ended his nemesis Clubfoot's life while in service to the Nazis in North Africa; in Frederick Forseyth's The Odessa File, we have Germans hiding a Nazi past; and by the time we get to Ira Levin's The Boys from Brazil, we have to clone the bad guys. Except for period pieces like Raiders of the Lost Ark and Captain America, if you want a novel with the best bad guys of all time, it's going to be set in a rest home or hospice.

The Soviets were excellent foes in their time. In fact, during the Cold War (of fond memory) the agents of the KGB, the NKVD, Stasi and SMERSH were so good as bad guys they existed almost in a genre of their own. What happened to them? "Mr Gorbachev, tear down this wall!" Well, the Wall fell, so did the "evil empire," and there went the bad guys. Russian terrorists are still around, Russian mafia and the Russian Federal Security Service, but they're just small potatoes, just a patch to the KGB. For great thrillers you need great bad guys. True, shirtless Russian strongman Vlad Putin is trying to resurrect the bad old days, but, trust me, it just won't be the same.

I suppose that among the best of fiction's villains, we must include General Zaroff of Richard Connell's The Most Dangerous Game, who had the vision to consider humans as big game animals long before the Predator came from the stars to hunt the governor of California, and Wisconsin's chief executive for that matter. Unfortunately, the bad general appears only in that story, and his opponent (Sanger Rainsford) is not so much a "good guy" as just the better hunter.

More in the running for best bad guy of all time must be Cthulhu, cosmic creation of  fantasist H.P. Lovecraft (1890-1937). Cthulhu was one of the Elder Gods who ruled the Earth before the coming of mankind and before they were banished to the Dark Dimensions. Cthulhu is said to reside in the underwater city of Ryleh, where he has a call-in talk show and dreams of a time when "the stars will be right" and he and the other Elder Gods will return to wreak havoc in the universe and devour humans like Pringles at a frat party. The main problem with Cthulhu is that he while he's the ultimate bad guy, he has no contentious hero to vex him -- all his opponents either die or go stark barking mad...very frustrating. So frustrating, in fact, that Cthulhu has apparently given up his traditional methods to destroy the world for a more efficient path -- politics. 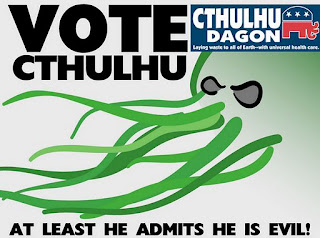 So what bad guys are left as foils for the modern aspiring novelist to use who wants to raise his hero above the common herd of action figures? North Koreans? Dear Leader is a lunatic, but we don't want to offend the people, and they are oriental. Iranian terrorists? Possible, maybe, just don't mention they're also Muslim. Mafia? No, that's just an urban myth, and I'm sure the good-fellows with Sicilian surnames aren't bad-fellows at all. Gang-bangers? Maybe, if you're writing about "mean streets" and not aiming for grand crime fiction. for they are all petty pathetic punks. Evil geniuses and mad scientists? No, unfortunately they all work for the government now or have tenured university positions; besides, the world is in such sorry shape, do we really need a Doctor Evil to destroy it?

Yep, times are tough for the dashing hero who wants to save the world and make it safe for truth, justice and the American way. Where have all the villains gone? 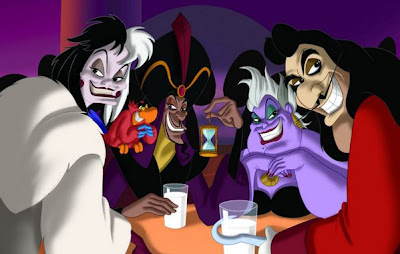