Searching for the Dark

Spies were huge in the 1960s, and I read just about every spy novel I came across, from the books of Ian Fleming and Len Deighton to the tales of spymaster George Smiley to the serio-comic escapades of Matt Helm and those entertaining gentlemen from U.N.C.L.E. There were so many series written at the time that it was inevitable I would miss some; and with paperbacks priced at the outrageous sum of 35 cents there were books I just had to pass up -- I blame my unfair allowance and the pitiful minimum wage. It's always a pleasure, then, when I come across them later and can afford to make up for the oversight. Such was the case with the espionage novels written by James Dark, published by Signet. James Dark? Yeah, that's the problem -- who the heck is James Dark? 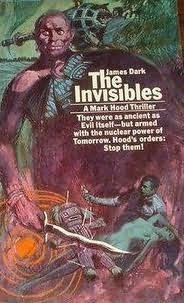 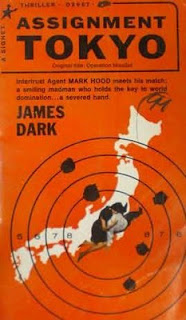 I admit I'm an obsessive reader, never quite satisfied with just the book. I always want to know more: skinny about the setting, reality of the spy agencies, workings of the gadgets. And I want to know the author. But James Dark is a pen name no clue to the real name. Exploits of Mark Hood, secret agent for INTERACT never rose to prominence, so there is no current following. The plots are engaging, the hero capable, and the sexcapades hot...for the times, but the thirteen books which comprise the series are potboilers. Still, they are darn good reads and I was able to snag all thirteen at once. But who was James Dark?


People make the mistake of thinking everything under the sun is to be found on the internet. That attitude has led students, as well as people who should know better, to marginalize printed resources. I get really annoyed when I read a magazine article and the references or suggestions are just a list of links -- that happened with several articles in The Writer, so I immediately cancelled my subscription. The truth is that the internet, vast and varied as it may be, contains less than 2% of the knowledge found on the printed page, and much of the information littering the internet is suspect, if not outright spurious. Any knucklehead with a computer can shout at the world -- I think I'm proof enough of that. Still, when looking for the personage behind an obscure pseudonym connected with a series of books that was all but lost among a flurry of bestsellers and a surging sea of spy fiction, the internet can be...handy. But it's still not the be-all, end-all that some technophiliacs insist. 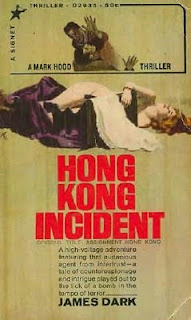 After searching the book lists of several internet dealers I determined that the thirteen books that had come into my ownership was the entirety of the series. However, there were some books listed that had alternative titles, even though the plots were same as in the books I had. One of the titles listed, Assignment: Hong Kong, was similar to Hong Kong Incident, but others were vastly different: The Reluctant Assassin instead of Sea Scrape, and Black Napoleon instead of the lurid Throne of Satan. All the books with titles different from the Signet editions had been published by Horwitz Publications, an Australian  publisher that began in 1921, and continues today. That indicated my mystery writer was, in all probability, an Aussie, which narrows the search tremendously. The reason I believed it was not an American writer published Down Under was that, if it had been, the name would have been more recognizable. 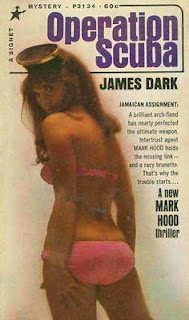 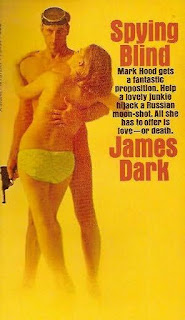 Australia has a rich literary tradition, but few writers really become popular in America, and when they do, they are often taken for British, as with Nevile Shute, A. Bertram Chandler, and P.L. Travers. An Aussie writer currently making waves in the adventure and thriller field is Matthew Reilly, whose books are really exciting. But, back to the search for James Dark. So, a quick letter to Horowitz, followed by a long wait, and I received the answer I was looking for. James Dark was James Edmond Macdonnell (3 Nov 1917 - 13 Sept 2002), one of Australia's most prolific novelists, author of nearly 200 books, many of them having to do with the sea. The man who was described to me as "Australia's greatest writer of sea stories" was a 14-year veteran of the Royal Australian Navy, which would account for much of the verisimilitude when secret agent Mark Hood either pursues the bad guys into the watery realm, or prevents a world-destroying disaster that originate in the ocean, as he did in Operation Ice Cap.

Beginning in the mid-60's, Mr Macdonnell followed in the wake of other, perhaps better known, thriller writers of the time. While Mark Hood was no James Bond or Harry Palmer (to use the film name), he delivers the goods, saving the world from non-pc bad guys, with an automatic in one hand and a hot babe in the other. Ah, yes, the 60's...