Books? The kind made from paper?

When audio-books appeared (on tape, then CD), I was not okay with them. I suspected they were yet another indicator of the decline and fall of civilization, but I was willing to concede them a role in society, to admit that drivers and passengers should not be cut off from the world of literature. I knew from experience that radio is unreliable, that entire portions of the interstate highways are audio wastelands - absolute silence where the "seek" button sends you spinning through frequencies without end; or finding nothing but lonely stations broadcasting Spanglish country, Indian rock or the farm report. Books on tape, books on CD - I did not trust them, but I accepted them as necessary evils. 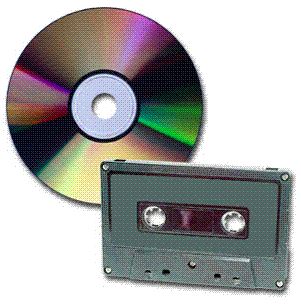 But, consider the following conversation, which, for various reasons, we will assume did not take place in an ascending elevator in a skyscraper in a great metropolitan city, and did not occur between four people whom we shall call THE WIFE, THE KIDETTE, THE ATTORNEY, and THE INTERN: 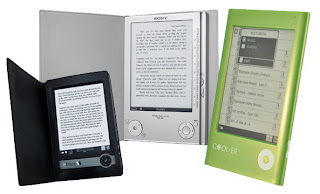 You can't see me, Gentle Reader (who just happens to be reading this on-line...hmmm) but I am not only sighing in sympathy with three of the characters in our little psychodrama, I am shaking my head in utter disbelief, and trying not to weep for the end of civilization as we know it. I am usually quite happy being in absolute denial (watch out for crocodiles!), but even I have to admit that our flabbergasted INTERN has a point. While I know that a book is a book and nothing can replace a book (yes, made of paper!), I cannot ignore the facts, as repulsive as they may be. 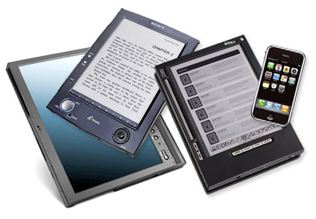 During the second quarter of 2010, the giant on-line book selling company Amazon.com reported that, for the first time since its founding in 1994, the number of e-books sold for its Kindle device outpaced the number of hardcover books sold. Also, according to the Association of American Publishers, 2011 saw the sales of e-books surpass the sales of paperbacks. Sad...so very sad...I weep for humanity. 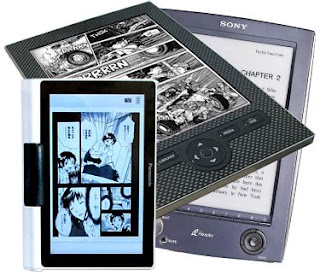 People who know me will attest I am not all an alarmist, that I am not given to hysterical and irrational rantings and ravings, that I am not some wild-eyed Luddite throwing my sabot into the delicate machinery of modern society, that I am not some cultural curmudgeon who claims that all change is bad...nor am I some crazy prophet of doom crying that the end is near! 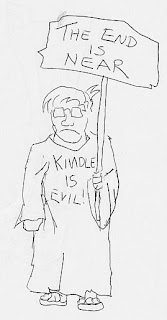 On the other hand, the end might be closer than we think...

Email ThisBlogThis!Share to TwitterShare to FacebookShare to Pinterest
Labels: book collecting, books on tape, ebooks, end of the world, kindle