Last weekend (May 2-4, 2014) I attended Gaslight Gathering 4, a steampunk convention. I was invited to give a 2-hour presentation on the continuing adventures of Sherlock Holmes and how he fitted into the steampunk universe on Friday, to participate in a panel on the genre of steampunk literature on Saturday, and to autograph copies of my books for an hour in the Vendor Hall. Wait, oh, you have a question, do you? Okay, well, what is it? Quickly now, out with it. After all, we have a blog to get into, so if you have any questions let's get them out of the way. Speak up, I can barely hear you. All right, that's better. What is what? What is steampunk? What do you mean, 'What is steampunk?'" Oh, very well, but you had better take notes since there will be a quiz later.

A simple answer is that steampunk is a form of science fiction based on alternate history (think Star Trek's Mirror Universe or Philip K Dick's The Man in the High Castle), heavily influenced by the literature on the Victorian and Edwardian eras and the technology of those periods. The real answer is a bit more elusive in that it depends on what aspect of steampunk you're talking about. As Diana Vick, longtime veteran of the Seattle steampunk scene, explained, there are three basic aspects of steampunk: 1) Literature 2) Sub-culture and 3) Aesthetic. The literature aspect is pretty much as I explained it above, and includes films like The League of Extraordinary Gentlemen, The Wild Wild West, and  20,000 Leagues Under the Sea. The sub-culture is a bit harder to explain, but includes costuming, music, art, imagineering, crafting, role playing, gaming and tea dueling. For many people costuming is both their gateway into the sub-culture and the avenue of their expression. Here are a few photos taken by Ed Cavanaugh during the convention... 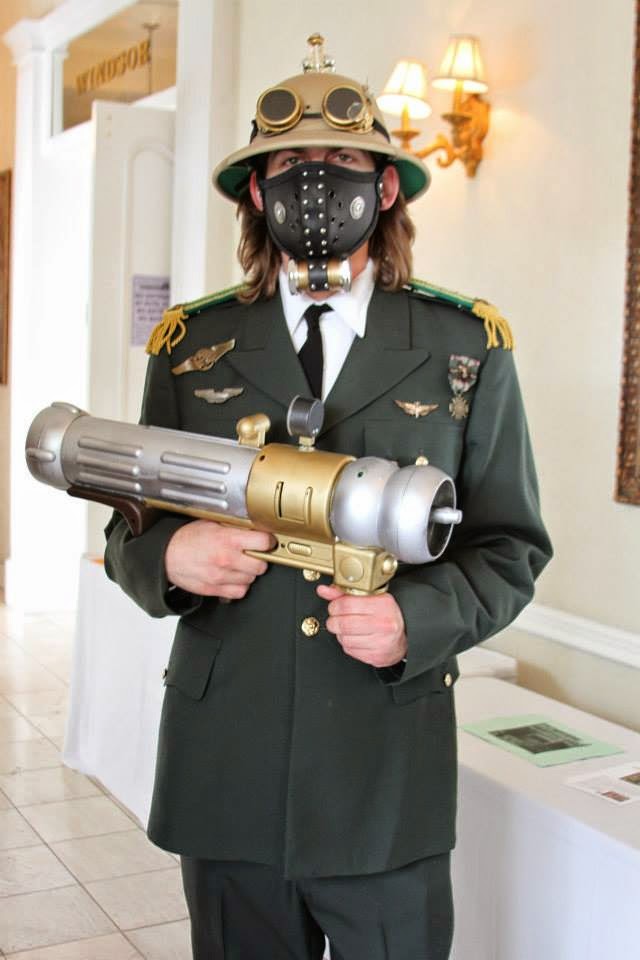 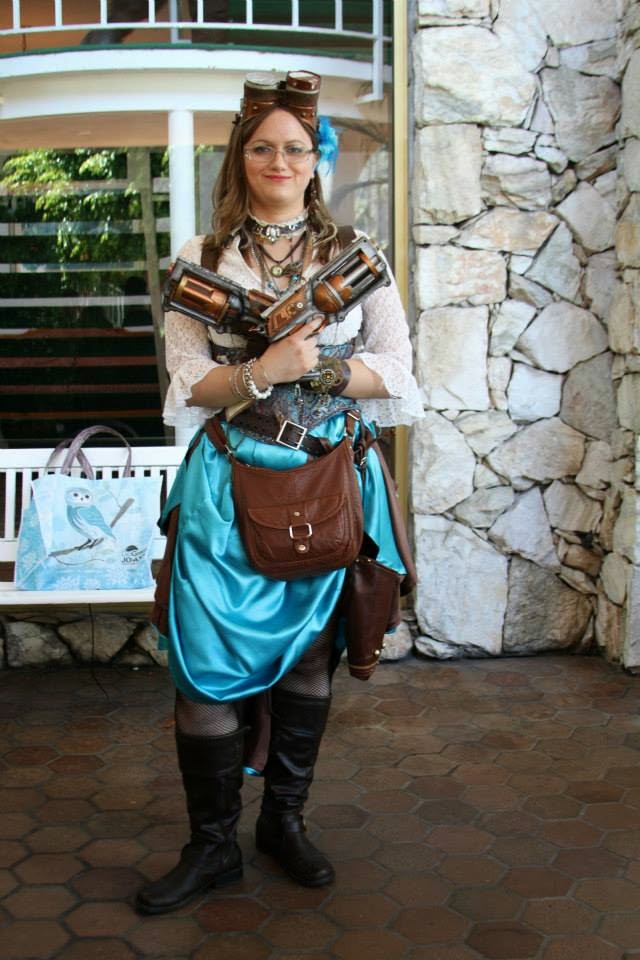 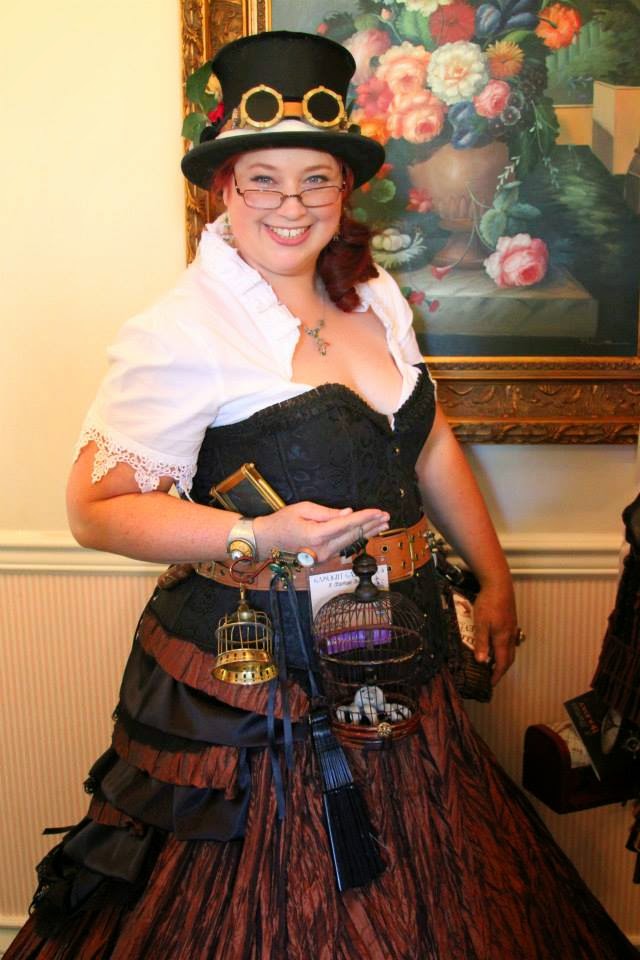 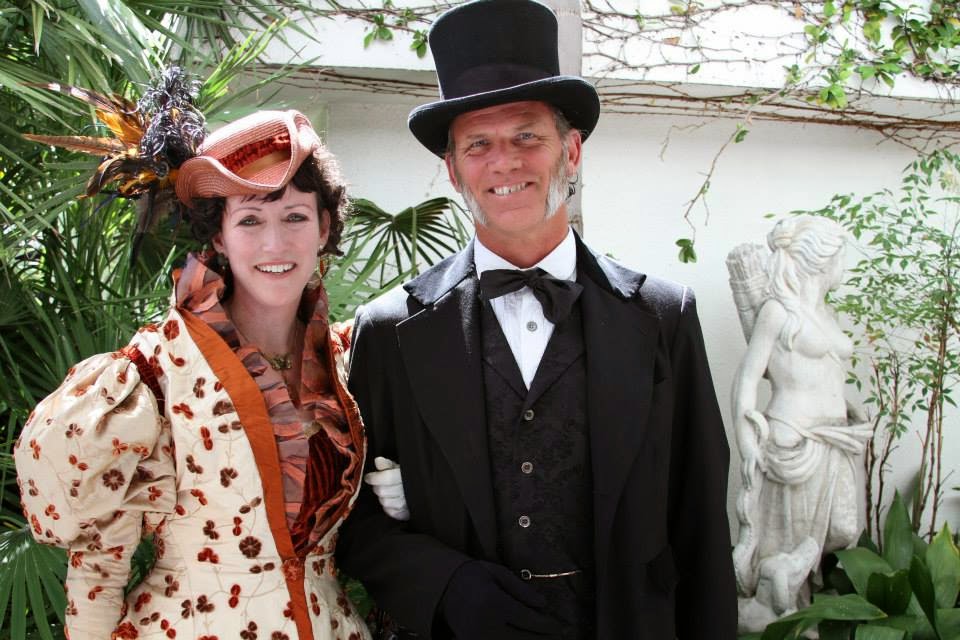 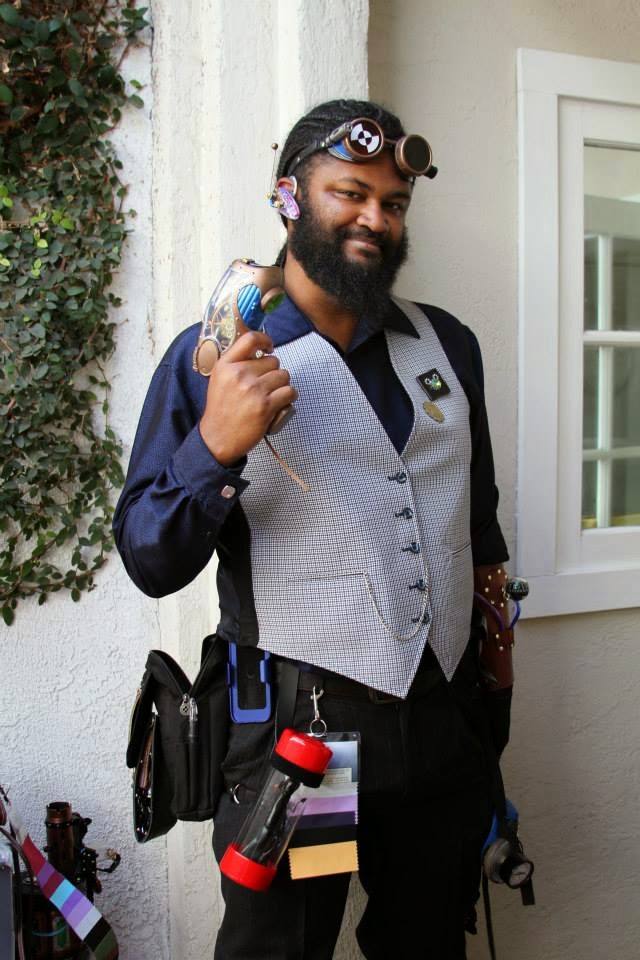 As you can see, the Victorian Era echoes through all these creations, and yet there is something more. For, as Diana pointed out, if everyone were just going to wear Victorian clothing, it would be nothing more than a historical reenactment group and we would all just sit down to a nice cuppa. But if you have additions like goggles and weapons, as well as accouterments from other cultures such as Japan and China, Native American tribes and France, the Wild West and Germany, not to mention vampires, zombies, super heroes and ghosts, as well as incursions from other literary genres, such as mystery, spy thriller, pulp fiction and romance, you have something more than just an afternoon stroll through Victorian London. As to the "aesthetics" of steampunk, that's more a matter of form than function, a sense of style and design. Cars, coffee makers, jewelry, washing machines, slide projectors, and houses can all be designed with a steampunk aesthetic, and really have nothing (or not much) to do with the literature or sub-culture of steampunk. And, actually, steampunk literature need not have anymore to do with steampunk sub-culture than a modern day Goth would with a Gothic novel. For more insights on the sub-culture of steampunk, please see Diana Vick's essay on the Seven Fallacies of Steampunk.

Much of how those involved with steampunk see it depends on the gateway through which they entered. I came first through literature, then by film and finally music. Long before the term steampunk was coined, I read everything written by Jules Verne, HG Wells and Edgar Rice Burroughs, three authors who constantly inspire modern steampunk authors. Additionally there were Arthur Conan Doyle (whose Sherlock Holmes and Professor Challenger fit solidly into, respectively, the Victorian and Edwardian eras) and American writer HP Lovecraft, who wrote with a Victorian sensibility even though his stories were often set in the 1920s. And then there is Edgar Allen Poe, who wrote one of the very first works claimed by the steampunk community, "The Balloon Hoax," published in 1844. Books that also pulled me in were Michael Moorcock's Warlord of the Air (1971), Phil Farmer's The Other Log of Phileas Fogg (1973) and Tim Powers' The Anubis Gates (1983). I was attracted to those books, not because they were steampunk (there was no such term at that point) but because they dealt with alternate history themes, the idea there were worlds where history had followed different paths, a genre that has always fascinated me. Like merging roads, my interests in alternate worlds, Sherlock Holmes, Barsoom and the technological terrors of HG Wells came together in the world of steampunk.

Like many other people, I was a fan of The Wild Wild West, the CBS television show that ran 1965 - 1969, with made-for-television films in 1979 and 1980. In a sense, that show was steampunk before steampunk was steampunk. Creator Michael Garrison pitched it as "James Bond on horseback," which could easily be a description of a modern spy-themed steampunk novel, though these days the horse might be steam-powered. The steampunk sensibilities of the series were fully developed in the 1999 film version, where we have a steam-powered bicycle, a steam-powered tank, and a giant steam-powered spider striding across the landscape. Before that, though, there was 1958's The Fabulous World of Jules Verne, and 1961's Master of the World. Also on television, we had Q.E.D. (1982), the much-missed Adventures of Brisco County Jr (1993), and the even-more-missed Legend (1995) where Richard Dean Anderson played a writer of Victorian western adventures and John de Lancie an avatar of inventor Nikola Tesla.

All those books and films softened me up, so to speak, for the sub-culture of steampunk. Actually, I was quite surprised by the existence of the sub-culture. It never really occurred to me that people might dress up and live out the lives depicted in my reading material. I probably should not have been surprised, for I had known a long time about science fiction and fantasy conventions where costumes were worn, not to mention Comic-Con, where costuming was even more important. But surprised I was, and enchanted. And then I discovered steampunk-influenced music, first through the works of my friend Paul Roland, then by others like Professor Elemental, Abney Park, Steam-Powered Giraffe and Vernian Process. As you know, I've also written a steampunk novel and a collection of Sherlock Holmes stories with steampunk overtones, and am working on another of each, so it does not look as if I will escape the clutches of steampunk anytime soon. I don't know if I'll be invited to Gaslight Gathering 5 in the fall of 2015, and I don't know if I'll attend other steampunk conventions (I'm not the lone wolf type) before then, but I do know that I had a lot of fun, enjoyed meeting like-minded people, was astounded by the costumes and gadgets, and loved autographing books and participating in panels. I end with just a few of the many photos I took at the convention. 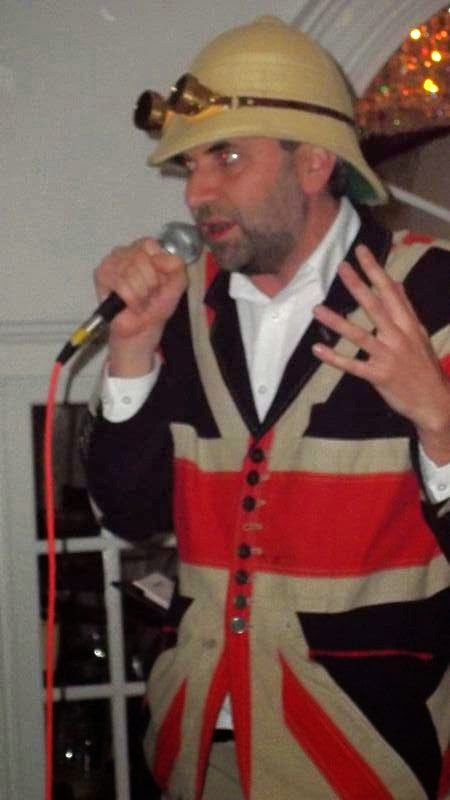