The Road to Macondo

When people know you are an avid reader (and if you have found your way here I assume you are), you no doubt have friends who are always buttonholing you and exclaiming with no small sense of urgency, "Hey, you gotta read this book...I'll lend it to you when I'm finished." You're nodding, you're smiling, and deep down you are hoping they never finish the book, because, if they do, they will expect you to put it at the very summit of the Everest-sized stack of books you already want to read, then will ask you daily what you think of it. And, of course, it's not at all the kind of book you would ever pick up on your own--wrong genre, too much (or too little) romance, doesn't agree with your politics, is filled with characters with whom you have nothing in common, is translated from the original Babylonian by a Yugoslavia editor living in France, and, to top it off, you never heard of this writer. Well, yes, that's kind of how it usually seems to work, and you return the book after a month, having read the back cover and a review in Kirkus, and make vapid comments that fool neither you nor your friend, though you both pretend they do; sometimes, however, it all comes together, as it did years ago, when my friend, biologist John Howard, recommended I read One Hundred Years of Solitude by Gabriel Garcia Marquez. Since Marquez has just passed away (6 March 1927 - 17 April 2014), I thought I would mark the sad occasion with a remembrance of the work that brought him, happily, to my attention. 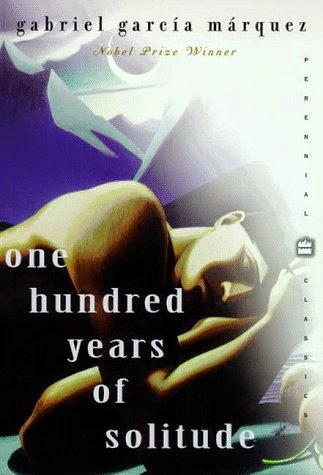 One Hundred Years of Solitude is set in the fictional town of Macondo, Colombia, which is in many ways based on Marquez's birth town of Aracataca. John Howard's interest in the novel came naturally enough since his wife is from a very small village in Colombia and through her John developed an appreciation for all aspects of Colombian culture. The book is a seven-generation saga of the Buenida family, whose original patriarch founded the town after falling asleep on the riverbank and dreaming of a city of mirrors. My first reaction to getting the book was about what you might expect, but since he had gifted me an English translation (keeping the original Spanish edition for himself) I felt I at least had to skim through it. As I read the lush and exotic narrative and was bombarded with images of a world that was as magical as it was mundane, where visions and dreams were as real as brick and stone, I became a captive of Marquez's prose. At the same time that I was enchanted by the narrative and the parade of characters, generation after generation, I was also caught by the ebb and flow of the history depicted in the novel. Even though these characters lived and breathed in the solitude of Macondo, they were yet caught up in all the critical junctures of Colombian history, the revolutions, the slaughters, and the ravages by the greedy, both foreign and domestic. As they lived their little lives, dreaming of cities of ice and glass, they did not learn from their mistakes they were doomed to repeat their foibles and follies, generation after generation, just as were their fellow Colombians. They could no more escape the destructive cycles of history than can we ourselves.

Instead of John Howard pestering me about how I was enjoying the book, I began pestering him, though, of course, I did not see it as "pestering." I just wanted to talk about the characters and the country, and since he knew first-hand the culture and history of Colombia, I mined him incessantly for information. A day or two after I started talking to him, he started a project that kept him in the field until after I had finished the book and had moved on to other stories...but I am sure his absence had nothing to do with me...I think.

Having discovered Gabriel Garcia Marquez, I went on to read other of his books, and although I enjoyed all of them immensely, as I was both entertained and challenged, none of them quite had the impact upon as did One Hundred Years of Solitude. As both reader and writer, I've sometimes considered the idea that a writer is born to tell one story and one story only, but such is the way of the world that some writers never quite discover the one story they are supposed to tell, while others tell that one story, then keep on writing anyway, ever chasing themselves, trying to repeat the unique. I don't know if the notion is true, but in One Hundred Years of Solitude, I think Marquez told the one story he was born to tell. 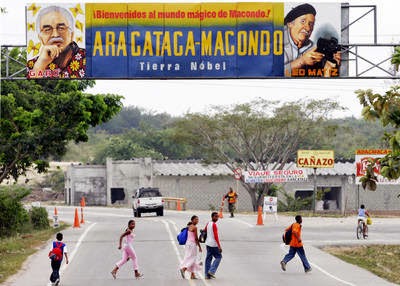