The Photojournalist and the Hurricane

After my first hitch in the Army, I planned on returning to civilian life, but the reenlistment officer in my unit in Germany wanted to keep newly promoted Sergeant Vaughan in the service. There's more to life, he told me, than Combat Arms in the Army, numerous occupations more interesting and fulfilling, so what do you like to do? Since 1968, I had written a short story nearly every week, some articles too, and was just then starting to sell them, so I said, "Well, sir, I like to write." He smiled and said: "Sergeant Vaughan, why not become an Army journalist?" Why not indeed? So, I went to school and eventually ended up at the Public Affairs Office (PAO) at Fort Campbell, Ky, home of the 101st Airborne Division (Air Mobile). 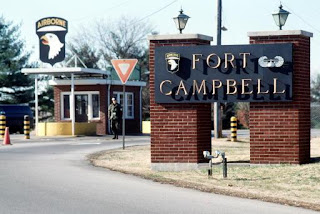 Our main activity was editing the weekly post newspaper, the Fort Campbell Courier. Because I was a sergeant (promotions came faster in combat units), I found myself supervising other journalists, making assignments, enforcing deadlines, and assisting in the design, layout and paste-up (pre-computers) of the newspaper. I received advanced training and became a photojournalist, one of about 200 in the Army. Like the others, I had my assigned units, among which were several aviation units, and where they went, I followed. So it was, one night in 1979, I received a phone call from my Staff Sergeant. "Pack your stuff," he told me, "grab your camera bag and get down to the airfield. You're going to the Dominican Republic, and it's wheels-up in twenty-five minutes." A half-hour later I was winging into a turbulent darkness, heading for an island left devastated by Hurricane David, rushing to get there before the next storm. 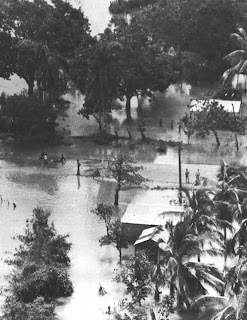 More than 1500 people had perished during the hurricane, and roads to already-isolated villages were destroyed. The only way to get food, water and medical supplies to desperate people was by helicopter. The bellies of the transport planes on which we flew were filled with the choppers that would provide a lifeline to the villagers. 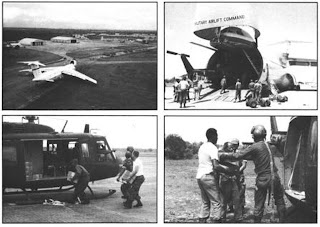 We flew mercy missions in all sorts of weather, both foul and very foul. I accompanied them as often as possible, though there were times when a photojournalist was less important than food, water or a doctor. I recall one flight when I was bumped at the last moment because a village with a short wave radio reported a medical emergency. A doctor was urgently needed, which meant a photojournalist was not needed at all. About ten minutes out from base, the chopper went down, killing all aboard. The weather was worsening, but the emergency still existed, so, less than an hour later, another helicopter, another crew, another doctor set out again. This time they made it with no problem. Another mission I well recall was a reconnaissance flight to determine which villages needed the most assistance. A storm blew up unexpectedly, threw us off course, and forced us to fly almost blind, weaving wildly among the shrouded hills. We did not exactly know where we were until we received a radio message from Haiti, telling us to leave their airspace or be shot down. Maybe they were kidding, maybe not, but we decided not to test them and used their signal to plot a course back to base. 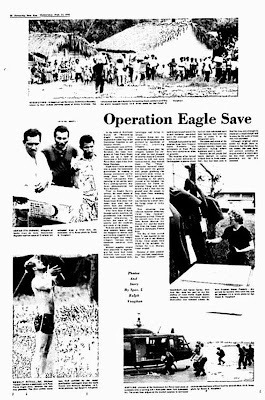 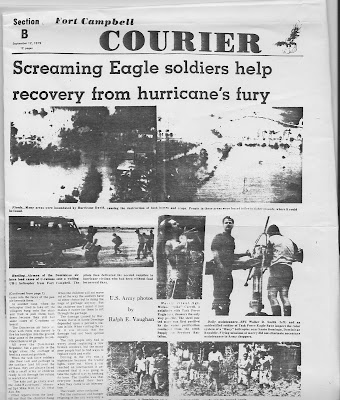 I wrote stories about and took pictures of soldiers helping people and trying to make the best of a bad situation far from home. The articles and photos appeared in the Courier and newspapers in towns around the base, and were read avidly, not because of who wrote them, but because who they were about--family, friends and neighbors. I knew stories and photos were being clipped for scrapbooks and albums. I wrote the stories and chose the pictures with care, especially in the case of those who would not return with us, for those were clippings that would be treasured by grieving wives and parents, which would be shown to fatherless children when they posed the inevitable question, "What was Dad like?"

It was one of my most interesting writing assignments, one which brought me into the lives of pilots and ground crew, maintenance techs and pathfinders, grateful villagers and suspicious officials, experts in water purification and cooks--all the people who work behind the scenes and in the limelight, ordinary folk and extraordinary people. I saw them at their worst, when beset by depression and loneliness, and I saw them at their best when conditions would have crushed others. The assignment lasted nearly a month, until I was kicked out the country by the American Ambassador...but that is another story.
Posted by Ralph E. Vaughan at 17:23