As Time Goes By


It's been awhile since I last shared anything, but time passes no matter what we do. Our general sense of time is that it elapses at a steady, inexorable rate, second after second, each interval the same as the last. Let enough seconds elapse and we get a minute, enough minutes and we get hours, days, years, and then it's over. Paradoxically, you run out of time even as time continues its journey without you. No one can say, "Backward, turn backward, O Time, in your flight" (Hobart Brown), which may be one of the reasons why Time Travel is such a popular theme in Science Fiction, why many people would rather have a Time Machine than a Space Ship...well, I suppose you could get the TARDIS and have the best of both worlds.

My first introduction to the theme was the same as everyone else's: The Time Machine by H.G. Wells. I read it while in elementary school, probably not long after the 1960 George Pal film, still the best lensing of the book despite its many flaws. 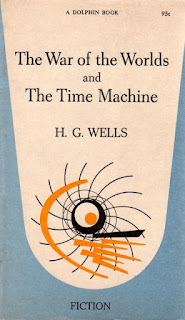 The book affected me differently than did the film. For the film it was a matter of the monstrous Morlocks and the sheeply Eloi. I still recall vividly the menace of the Morlocks within the Winged Sphinx and the despair when the Time Traveler picked up a book in the Eloi library and it turned to dust. I think I found the Eloi more terrifying than the Morlocks. In the book, I was deeply affected by the vision of the far future, the Earth given over to Giant Crabs and darkness. Though Wells did not realize it at the time, he was envisioning what cosmologists now term the entropic death of the universe.

I returned to that far future when I wrote the Sherlock Holmes pastiche The Coils of Time. The book was written at the urging of Gary Lovisi at Gryphon Publications. When Hurricane Sandy put it out of print, I republished it in Sherlock Holmes: The Coils of Time & Other Stories. I also revisited the  Time Traveler himself in a poem:

The Time Traveller
Traveler without a name,
Voyager on the river of Time,
Where do you find yourself now?
Do you stand by Pharaoh’s hand,
Or do saurians pursue you
Across a Jurassic land?
Are you lost, wandering aimlessly
Through the streets of ancient Rome?
You designed a fine machine,
Crafted from silver and brass,
Crystal cut precise and hand-blown glass---
So what went wrong?
Were you arrested, executed;
Did you catch the plague?
Did you return to face the Sphinx
In that savage land of gentle sheep?
We’re still waiting to hear your second tale,
Perhaps even stranger than the first;
We’ll always be waiting for you to pierce time’s veil,
To satisfy our mind’s chronic thirst;
For now we’re ready to learn,
We who forever await your belated return.

I recently included the above poem in a collection entitled Midnight for Schrödinger's Cat & Other Poems. In the collection, I not only wax eloquent about the mysteries of time and space, but quantum physics, horses, helium seas, alternate history, and a certain bad Friday in Jerusalem. Most are short, only a page or three, as is the nature of verse, but the titular poem is quite long, about fourteen pages. 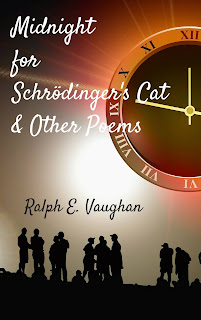 Some of the poems appeared in my previous limited print editions, A Darkness on my Mind and The Horses of Byzantium & Other Poems. A few were previously printed in small/micro press journals, but the majority have never before been published, though they cover a period of more than thirty years. Even so, they don't comprise the entirety of my poetical flummery.

However you get it, if you're moved to do so, I appreciate your support. As mentioned above, this eruption of verse does not exhaust my coffers, nor have I stopped writing poems in spare moments. When Holly takes me out on the patio for hours at a time and forces me to endlessly throw one of her balls for her to fetch (actually, she just drops it within reach -- I suspect that dog will never learn how to share), it does no good to get involved with reading or writing of any duration. So, there will eventually be yet another gathering of enigmatic verse. However, breathe easy. Do not panic. The world will be spared another collection this year, maybe the next as well. But I already have a cover... 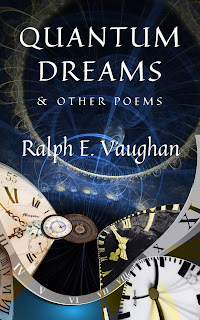