A large portion of my wasted youth was spent eroding my brain by watching cheesy old films. Well, some things don't change, so a few days ago I was looking for something to further erode my brain on Amazon Fire Streaming, when I came across a film called They Came from Beyond Space, a 1967 flick from Amicus Productions, a company I mostly knew from some very good Edgar Rice Burroughs adaptations and two really, really bad Doctor Who TV movies.

I thought, well, it could be an undiscovered gem or it might be dreck. Either way, it's 85 minutes. And I thought it would at least be passable, it being a British film. Yes, I know...I saw Devil Girl from Mars, but at least everyone had a British accent, and that automatically makes everything classier, such as when a developer names a housing development Robin Hood Estates rather than Pleasant Acres. But, then I recalled The Crawling Eye and how Tempean Films imported American actor Forrest Tucker (F Troop) to play the lead or how Hammer Films brought in Brian Donlevy to play the quintessential British scientist Professor Bernard Quatermass in the 1955 theatrical version of The Quatermass Experiment. So I gave in and took a sneak peek at IMDB: the lead actor is American Robert Hutton, but at least almost everyone will have a British accent. And it will still be 85 minutes. And I still had nothing else to do at the moment. So I queued the film and pressed start.

From almost the beginning of the film, I got a sense of deja vu, but when you have seen as many films as I have (I bought the book Science Fiction Films of the Fifties, and it was like reading the story of my youth) it's a common feeling. About the time they mentioned meteorites falling in a field and Hutton's character having a metal plate in his head, I thought: The Gods Hate Kansas, in which meteorites fall in a Kansas field and a character has a metal plate in his head preventing him from being taken over by alien intelligences hidden inside the meteorites. I also thought of "Corpus Earthling," an episode of The Outer Limits (original), but since that was about a scientist with a metal plate in his head that allowed him to listen to rocks plotting world domination, that was a totally different thing altogether. Well, mostly different. Well, at least the meteorites in They Came from Beyond Space and The Gods Hate Kansas didn't talk. A quick look trip back to IMDB confirmed my suspicion, that the film was indeed based on a book I didn't think anyone else besides me had ever read.

The Gods Hate Kansas was written by Joseph J. Millard (1908 - 1989) and first published in Startling Stories in 1941, then again in 1952 as a reprint in Fantastic Story Magazine. The version I read was a mass market paperback published by Monarch Books in 1964 with a very nice pulpish cover by Jack Thurston (1919 - 2017). Millard's flirtation with science fiction occupied only the first half of the Forties, after which he went on to be a teacher, and he confined his writing to westerns, memoirs, biographies, essays and poetry.

There are some differences between book and film, but when are there not? When David Morell's debut novel First Blood was optioned to be filmed as Rambo, the question of a sequel came up. Morell was perplexed by the idea. He asked, "How can there be a sequel when I've killed everyone off?" Older and wiser Hollywood hands told him, "If the movie is successful, there will be a sequel, no matter how they have to change your book. And the book will be changed. If they want to make it into a musical aboard a submarine, that's what they'll do." Fortunately, Rambo did not become an underwater musical, and neither were there any tremendous changes between The Gods Hate Kansas and They Came from Beyond Space.

The greatest changes are that the field is in England, not Kansas, and though the gods may still hate Kansas (more meteors fall there than anywhere else, according to the book) they don't hate England. The landing site still goes "dark" and the scientists begin acting weird. The metal plate is still in the main character's head and it still keeps him from being taken over by the aliens. The aliens are still tired of being marooned on the Moon and still want to use our planet's resources to escape their long imprisonment. And the moral of the story is still the same: "Why didn't you simply ask us for help?"

One other thing that's also the same -- the science. Millard was a good writer, but science was not his forte. When one of the aliens was told that no known propulsion system on earth could get a rocket to the Moon and back in less than 24 hours, the alien replies: "Our propulsion system was not developed on Earth." All in all, it's probably a good thing Millard found his calling in education and genres other than science fiction.

I have to admit, I did enjoy the film, but probably will not revisit it. That's something else the film has in common with the book. 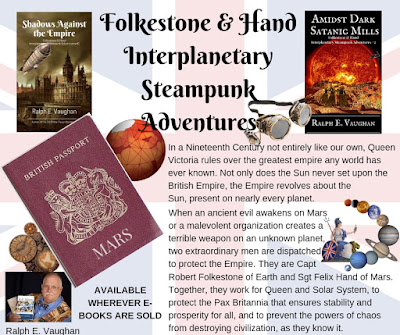