Not the Last Man Standing, But Close

The past is always better than the present, though when I was younger I thought the future would be better than the then-present. Then the future became the present, the present wasn't how we had envisioned the future (as I've written here earlier), and suddenly the past looked better than I remembered it being. I suppose that's why all the Golden Ages of anything (Novels, Short Stories, Magazines, Television, Hollywood, Comic Books, etc) are always in the past. Hesiod wrote that the Golden Age of Man, when Saturn (Kronos) ruled the Earth was a time of giants and perfect men and women, than when Saturn departed people became smaller, less perfect and heir to all the ills that plague us now. 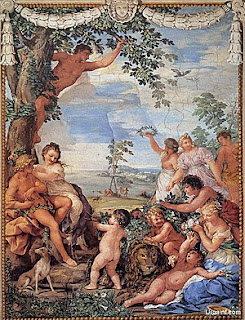 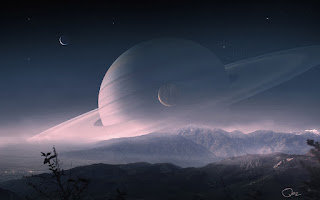 I don't know if Hesiod was right or not. Maybe his Golden Age was more metaphorical than real, though there are some who claim Earth was once a satellite of the Ringed Planet, but got knocked into its present place in the Solar System when a rogue star turned the planets into snooker balls. I do know that "golden ages" are real in art, literature and personal life. I know of people who publish poetry in hopes that they will be recognized as the new Tennyson or Lord Byron; unfortunately, that ship sailed about a century ago, hit an iceberg with Frost and sank with the death of Angelou. There are now more people who write poetry than read it.

Comic books, too, aren't what they used to be. What was once exciting and vibrant, friendly and a pleasure to read, are now dismal, pessimistic, revisionist and about as uplifting as newspaper headlines. And most aren't even made in the USA anymore. The Golden Age of Television was in the Fifties and early Sixties, but when you actually see the old shows on DVD or Streaming, you have to wonder if maybe that Golden Age wasn't even as real as Hesiod's.

Which brings me to my own Golden Age. I started writing back in the Sixties, then with great earnest the following decade. The Eighties saw me get a foot in the door with magazines and publishers, and I made steady gains after that. I'm not famous, and I'm certainly not rich, but I can look back on a writing career that was as satisfying as it was frustrating, always battling with editors and occasionally finding a home for a story or a book. And I'm still at it, even though the small press has virtually vanished, no one wants submissions sent though the USPS, and most publications in this New Digital World are as ephemeral as a jarful of electrons. The amalgamation of publishers into a handful, the demise of all but one national bookselling chain (B&N is ever on the verge), and the rise of indie publishing as the new norm has changed everything, but that's not why my Golden Age is in the past.

It's people. It's writers and artists I've know, worked with and for, read, and sometimes even published in my own small press publications. Over the years, I've known hundreds to varying degrees. Some personally as friends and collaborators, others as correspondents, and more simply because I enjoyed their work and wrote to them. Where are they now? Gone, unfortunately; some are dead, but most simply moved on to something else, giving up the Grand Chase for fame and fortune.

So, out of the hundreds, who remains besides me? It's a small group. I can count them on one hand and have three fingers left over -- David Barker and Wilum Hopfrog Pugmire. All three of us are Lovecraft enthusiasts, but they have stayed closer to that essence than I have. I have to admire them, not just because they have stayed the course over the decades, but because they still have the fire that a writer must have. And they still write Lovecraftian tales. Recently they collaborated on a book entitled Witches in Dreamland, a novel set in Lovecraft's Dreamlands.

It's a magnificent book, well written and well plotted, beautifully produced by small press publisher Hippocampus Press. In addition to Lovecraft's universe, it also incorporates Willum's Sesqua Valley, in which he has set several stories, including one which I published and illustrated many years ago. Here's the pitch for the book:

"Simon Gregory Williams, known as 'the beast' in Sesqua Valley, has been so corrupted by his reading and memorizing every existing edition of the Necronomicon that his tainted psyche cannot enter into Randolph Carter’s Dreamland. However, there is another dreamland, “the dreamland of witches,” into which Simon can slink because of his brilliance as an alchemist; and it is into that dreamland that Simon accompanies an innocent young woman in her quest for rare magick. Yet even Simon, who is so experienced in eldritch lore, has never been so confronted by such outlandish Lovecraftian lunacy as he finds in this dreamland of witchery.

"In this fascinating excursion into the Lovecraftian fantasy/horror realm of Dreamland, two veteran authors of weird fiction have written a novel that is by turns horrific and poignant, with vibrant characters and a compelling narrative that carries the reader on from scene to scene to the novel’s cataclysmic conclusion."

I started on a grey note, which darkened as I wrote, but I hope ending on this high note, the publication of a new novel by two friends who deserve your attention and support, keeps this missive from being entirely a downer for you. For me, it's raining outside, the day is murky, and the house is too quiet. But, at some point in the future, if I live long enough, even this will seem part of some Golden Age...of what, I don't know, but something.
Posted by Ralph E. Vaughan at 11:42