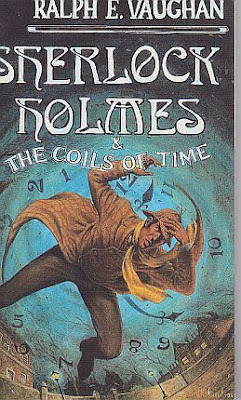 In 2005, I wrote Sherlock Holmes & the Coils of Time which was published, featuring a great cover by Jukka Murtosaari, by Gary Lovisi's Gryphon Books of Brooklyn, New York, an excellent small press geared to book collectors, crime fiction fans and Sherlock Holmes enthusiasts. It details what really happened the night Holmes returned from his supposed death at the hands of Moriarty, and put Colonel Sebastian Moran, the second most dangerous man in London, into the hands of Scotland Yard. What was a matter of hours in Conan Doyle's "The Adventure of the Empty House," was for me an adventure that stretched from the beginning of time to its end, with a couple of alternate histories thrown in for good measure. If you have not read this book, I urge you to do so, as I feel it is one of my better efforts. The story was told, the book was published, and I thought that was the end of it. As it turned out, not quite... 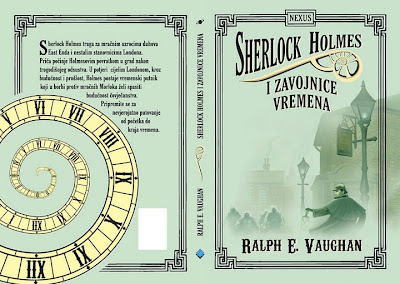 Through Gary Lovisi, I was introduced to a German literary agent who asked me to sign a simple agreement and to send him my Sherlock Holmes tales. I did, and promptly forgot about it. Imagine my surprise, then, when I receive a check and a copy of Sherlock Holmes I Zavojnice Vremena (Sherlock Holmes and the Coils of Time). Yes, I suddenly found myself translated into Croatian, published by Zagrebacka Naklada, a book publisher in Zagreb, featuring an eerie cover by Tihomir Tikulin that depicts Sherlock Holmes encountering some of the cannibalistic Morlocks in London's foggy East End. One note about this book is that it contains a second story wedded to the end of the first...a sort of "joining" story I wrote when I contemplated an omnibus edition of all five novels, a framework that would link all the novels into an episodic whole. While I was pleased with being published abroad, I was even more pleased by the reception of the book by readers in Central Europe. 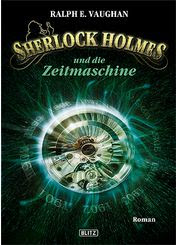 And lightning strikes a third time for Coils of Time, this time in German as Sherlock Holmes und die Zeitmaschine, published May 2012 by Blitz Verlag. The cover is by designer Mark Free. It's being marketed as a collectible book, limited edition, and billed as the "First German Edition." I am very pleased with the reviews that have been published, and, more, that a new audience is being entertained by a story that was so satisfying to write.

Whenever an author finishes writing a book, there is a sense of satisfaction and completion, but also a tinge of sadness and depression, especially when so much has been invested in it -- for Sherlock Holmes and the Terror Out of Time I spent hundreds of hours researching Victorian and Edwardian London, but for this book I did at least triple that, for I had to knit together the lives of various real and fictional characters into my own story of Morlocks in London. When a book actually sees print, there is a leap of excitement...and then you move on. I count myself lucky, and privileged, to have experienced three leaps of excitement, with the same story. Thanks, Gary, and thanks, Uwe.
Posted by Ralph E. Vaughan at 21:20