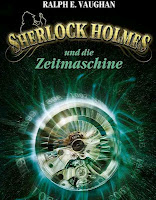 If the fiction writer is viewed as an artisan with the consumer end-products being short stories and novels, then the raw materials are imagination, research and life experience. So, if I write, for example, a murder mystery set in the 1960s, the characters might come from people I knew or be created broadcloth to advance the story, and the plot might stem from some social conflict of the times, such as anti-war protests or the counter culture, or revolve around the Big Three (sex, greed or revenge) with the milieu of the 1960s chosen simply because men still wore hats and women gloves.

When you venture into an already established literary universe, however, the "raw materials" of the story are provided and limitations are in place. A writer for DC Comics once told me that there were many things he would have liked to do with the Superman character, many facets of his personality that he would have liked to explore, but no matter what you want to do you always have to remember "you are a guest in someone else's playground, playing with some other kid's toys; when you move on, you leave the toys behind for the next kid."

You you can plot a free-for-all in H.P. Lovecraft's realm (as long as you kill your characters or have them go stark barking mad) and you'll be fine, but when you enter the universe of Sir Arthur Conan Doyle, there are Rules. After all, we're talking about Sherlock Holmes, the icon of icons, the most famous fictional character in the world, and every single mannerism, every little utterance, every little nuance has been the subject of intense study and several monographs by people who live on Baker Street, breakfast with Holmes, and likely have London fog in their lungs and a seven-percent solution coursing through their veins. Make a grievous error with the characters of Holmes or Watson (or even a lesser light like Lestrade), or erroneously describe a gasogene or tantalus, they will not only heap scorn on you, you might receive an envelope with five orange pips in it.

In other Sherlock Holmes books I've written, I introduced the character into original plots, though against recognizable backgrounds -- an elderly Holmes encountering HP Lovecraft in the 1920s, Holmes in a pure adventure story with Professor Challenger, Holmes as a consulting detective in the Dreamlands with Nikola Tesla as his Watson. In these and others, the character was established but the plot was entirely original.

When I wrote Sherlock Holmes and the Coils of Time, however, I had to work around an already established plot, the one Conan Doyle used in The Adventure of the Empty House, which returned Sherlock Holmes to life in 1894, after his apparent death at Reichenbach Falls on 4 May 1891. To refresh your memory, Holmes returns to London and reveals himself to his shocked biographer, but his life is in danger from Colonel Sebastian Moran, dead Moriarty's former associate and the "second most dangerous man in London." Through a ruse involving Mrs Hudson moving a bust of Holmes behind a window shade, Moran is captured in the empty house across from from 221B Baker Street, ending the threat and bringing the bounder to justice for the murder of the Right Honourable Ronald Adair (actually, he apparently escapes the hangman's noose he is mentioned as still living in His Last Bow). 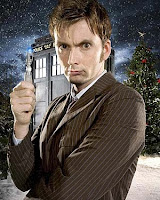 As The Doctor will tell you, there are points in time where you jimmy about, go on a lark, muck around, trample all over the sands of history without changing the warp or woof of things; and there are points in time which cannot be changed, no matter what -- Pompeii will always be destroyed by Vesuvius, the Great Fire will always sweep through London, and Rose Tyler's Dad will always die in a traffic accident on 7 November 1987. And it's "the burden of a Time Lord" to know what points in time are fixed and which are in flux. Well, I may not be a Time Lord, I may not be a madman with a Blue Box (I would like to have a Blue Box), but I surely know that Holmes' return to London on 5 April 1894, and all that events that occurred on that long-ago Thursday, is a fixed point in time if there ever was one. I could not change one single event, as recorded by Conan Doyle.

In Sherlock Holmes and the Coils of Time, I had my own original plot of Morlocks in London, vanishings in the East End, and H.G. Wells' Time Traveller. I also had in mind what Philip Jose Farmer did in The Other Log of Phileas Fogg, in which he took the events and characters of Jules Verne's Around the World in Eighty Days, and made them set-pieces in a conflict between two adversarial alien races, the Erindani and the Capellans. In my story, Holmes did not return to London because of Adair's murder, but because of a letter sent him by a future version of himself. For awhile there are two Sherlock Holmeses coming and going from 221B Baker Street, which helps Conan Doyle explain why Moran thought Holmes was there when he was not -- afterwards Mrs Hudson is hurried on her way (and Watson too) when she asks about the soft moving sounds in Holmes' locked bedroom. After the events of the Empty House are played out, Holmes goes on the case for which he was really recalled to London.

Though the entirety of Sherlock Holmes and the Coils of Time takes place on Thursday, 5 April 1894, it also ranges from the beginning of time to the end of it. Although it was fun "collaborating" with Conan Doyle on a story, it was very difficult being original while remaining faithful to the source material. My favorite moment in the story, however, is my own  -- as Sherlock Holmes and Inspector Kent pass down Baker Street in a Hansom, bound for the East End and the and the year A.D. 802701, Holmes gazes up and sees a familiar figure in the window watching him, knowing that, in time, he will be the one gazing down from the window of 221B at a Hansom passing in the night.