Keep Calm and Full Steampunk Ahead

Sometimes things just do not work out according to plan. That's true for everyone, of course, but I think writers run into that maxim head-on every time they try to bring anything from the realm of ideas into material form. A case in point is my newest novel, Shadows Against the Empire. I developed the idea for the story (which was initially Darkness Against the Empire) about five years ago. As with so many of my projects, it started with a theme (steampunk) and a title, then an image -- a Martian slinking through the ruins of Old Cydonia intent upon ousting the British rulers of Mars; from that image, I developed a basic plot heavily influenced by the role-playing game Space 1889, then an outline and a list of characters good and bad with their traits. And I figured it would take me four - five months to write it.

The theme stayed, though as I went along things became more steamy, less punky and more infused with humor. The title was changed. I still have the image of hate-filled Thoza-Joran slinking through the ancient ruins, but now he's in chapter one rather than starting off the story in the prologue, and though he's still up to villainy, he's much less the villain and more a tragic victim of his own hatred. Plot and outline are intertwined for me, so what started as a simple incident-driven plot became more complex and character-driven as I interacted with my characters, and who, to tell you the truth, often refused to follow my orders and speak my dialogue -- characters are as bad as actors sometimes. As for Space 1889, the inspiration is still there, but as the characters found their own voices, so did the story, and many of the aspects of the game that I had thought to bring in no longer seemed to fit. The outline starts off clean, but page after page becomes more and more annotated; same with the character list, as some people changed, others forced their way in, and some even told me they did not like the names I had given them. As for the deadline I imposed...it took me five years to write the first 20,000 words, then two months to write the next 70,000. Funny that.

One of the major changes was in the nature of the British Empire itself. I had planned for a slightly dystopian setting. The characters would, of course, be courageous and brave, but they would be working for the often-less-than-perfect Empire, something along the lines taken by Joseph Conrad in some of his fiction, as in Heart of Darkness, my favorite story. But as I eavesdropped on my characters and observed their interactions with others, I realized that changing history had changed the Empire. The discovery of space travel had two effects on history -- the Earth was no longer the only target for the colonial powers, and the countries that would have become colonies had access to technology they could develop along their own lines (as opposed to the way we "help" people now) and thus meet would-be colonizers on a better footing. And on the planets and inhabited moons, the colonial powers of Earth met people who had been around a long time, so in most cases (especially with the British) it became less a colonial conquest and more an economic and/or political partnership. Of course, it's not perfect -- what is? -- and if the British Empire is still sowing the seeds of its own destruction, perhaps it's at least doing so more slowly. One can hope.

The Solar System of the novel is much different than our own, but more interesting for it. To create it, I looked at astronomical knowledge of the Nineteenth Century, as well as what was theorized by space scientists (not to mention me and Carlos Carrion in the high school library) through the mid-1960s. I also extensively read early science fiction stories as well as the science fantasy planetary stories so popular in the pulps. I wrote here earlier about what we used to believe about the Solar System, and here's what I came up with for the book.
The technology of the times is steam based, and as the steam engine has made great strides in efficiency since first being discovered by Hero of Alexandria, it is unlikely the gas engine will ever appear except as an oddity. Atmospheric travel is usually with airships, but in Mars' thinner atmosphere air travel is mostly dominated by steam-fliers, though the canals are extensively used for trade. Space travel is based upon "repulsors," a type of levitation technology inspired by some of the ideas floated by Edgar Rice Burroughs, and upon engines that interact with the aether. The Aether was one of the mainstays of Nineteenth Century science, an undetectable substance that filled space and spaces between matter. It was an outgrowth of Aristotelian physics, the fifth form of matter, in addition to air, fire, water and earth; despite its antiquity and unprovability, it was used by Sir Isaac Newton to formulate the Theory of Gravity as well as Albert Einstein in Special Relativity. Even now, some physicists find it easier to explain aspects of the universe by assuming the existence of the Aether than without it.

So, that's a bit of the story behind the story of Shadows Against the Empire: An Interplanetary Steampunk Adventure. As to the story itself...well, you'll have to read the book for that. Hope you like it. 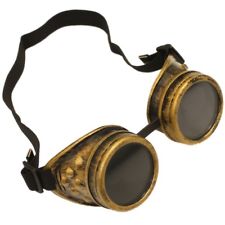