Will the Real Vulcan Please Stand Up

A common saying among writers and editors is that it is easier to write a first novel than a second one. When it came to writing my Great American (Steampunk) Novel, however, it was just the opposite. From idea and first words typed to publication, it took about six years for Shadows Against the Empire to come to fruition. Of course, a great deal happened in those six years, including a life-and-death struggle with a work-weasel, innumerable bouts of writers' block, several medical crises, the acquiring and firing of  a literary agent, multiple false starts, character and plot changes beyond count, and the abyss of retirement (which is not easy to adjust to after a lifetime of work). Eventually I escaped the razor-sharp teeth of the weasel, banished my inner demons (most of them), came to an uneasy peace with the people in my book, coped with retirement, and wrote the story. In contrast, the second book, Amidst Dark Satanic Mills, took about five months from idea to final draft. Personal crises aside, the main difference in the writing of the two books was that I knew my characters much better than I did on that first outing. Whenever I write a novel, I start with a character sheet on which I have mini-biographies of each person. A biography is great for consistency, such as making sure an eye-patch does not suddenly change eyes in the midst of a story or that a mechanical arm does not become a mechanical leg, but it does not really give you any clues about their personalities. In the first book, the characters grew into their roles through their dialogue, actions and reactions. By the time I reached the end of the first book, my characters were old friends. So, when it came to their second adventure, it was a reunion rather than a first date. They still surprised me from time to time, but even the best of friends can be challenging. There was a complication in writing the story, but it had nothing to do with the characters or the plot. No, it had to do with Star Trek.

While the previous book had been set mostly on Mars, Venus and Earth (London & Constantinople), I wanted the second novel to explore a bit more of my Victorian-inspired solar system, so after getting the action started on Mars and Earth (Paris), I expanded it to the Asteroid Belt and Mercury. I also wanted to take the story to a planet that had long fascinated me--Vulcan. No, not that Vulcan, the other Vulcan. What Vulcan would that be, you ask? The planet in our solar system orbiting between the Sun and Mercury. What? You can't find it? Okay, I admit it--it's not there, and maybe never was, but back in the Nineteenth Century many astronomers looked for it and a few claimed to have found it. One of the most prominent astronomers was the American Lewis Swift, whom I included as a character in the story. Professor Swift was supposed to make a cameo appearance, just enough to set Folkestone and Hand on the way to the mysterious secret headquarters of the nefarious MEDUSA organization. Well, that was the plan, but Professor Swift was so enthusiastic about discovering and naming the planet that I could hardly leave him behind on Mercury. The theoretical planet had always been called Vulcan, from the early 1800s on, but say "Vulcan" to anyone now and all they can think of is pointy ears. 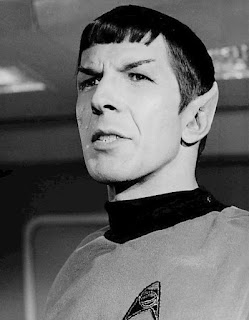 Thanks a lot, Star Trek! I thought about bowing to tradition and calling the planet in the story Vulcan--let confusion reign! But I did not want the name to overshadow the plot, to, in effect, be a show stopper. Yes, I agonized over the issue. It seems silly to be so overwrought about such a small point, but, hey, that's what writers do best. Then I thought, Well, if Professor Swift wants to come along for the ride, then he can pay his way by providing a subplot which will not only uncomplicate the planet's name, but provide a little humor along the way. As it, turns out, Professor Swift was also known for naming more comets than any other astronomer at the time. In this alternate timeline, he is used to having his way in choosing the names of his comets. He feels he should have the same freedom in choosing the name of his planet, and he is not enamored with the tradition followed by the British Astronomical Society, mandating the use of Roman names for all planetary bodies. He wants to use the Greek equivalent Hephaestus instead. With a little help from Sergeant Hand (that cheeky Martian devil is always up for a bit of mischief) I was able to use the staid Professor Swift as a foil for taking jabs at tradition, officialdom and Star Trek. Having monkeyed with Planet Vulcan, I could not leave the Vulcans untouched. No pointy ears. No cool 60s hairdos. No raised eyebrows, superior smirks or vapid LLAP. Instead we have giant faceless fiery worms who drink lava and manipulate arcane energies. Take that, Star Trek!
Posted by Ralph E. Vaughan at 20:13