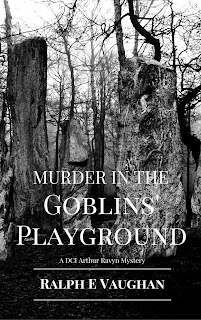 I've always had a weakness for mystery and crime stories set in England. I'm ever ready to read about some stalwart Scotland Yard inspector, a clever London detective, or even a blue-haired dear old thing who views the world through the prism of her archetypal English village. I am also a fan of English whodunits in film and on the telly, from Morse to A Touch of Frost to Midsomer Murders. And I've always wanted to join the ranks of those who have penned some very English murders.

This is not a unique desire. The great classic era mystery writer John Dickson Carr was born in Pennsylvania, but he wanted to be a British writer so badly he moved house and family to England. I did not think that was an option for me (I can imagine the Wife rolling her eyes had I voiced the suggestion) so I decided to write a very English mystery without changing my lattitude.

Actually, it's something that I've wanted to do for a very long time. I was held back, mostly, by a lack of confidence. Yes, I've written in British settings before, but those instances were different. In the Sherlock Holmes stories, we're talking about an England more than a hundred years old...a little hard to fact-check me. And in the steampunk novels I could easily dismiss any mistakes..."Yeah, well, that's an alternate timeline where things went differently, isn't it?" A lame excuse, perhaps, but that's my story and I'm sticking to it. With a mystery set in the modern age, there is not much wiggle room.

My detective, the location in which the mystery takes place, and the case itself all began separately and went through several changes before coming together. DCI Arthur Ravyn went through many names, as did his assistant, DS Leo Stark. Something I do when I've got nothing to do is to write down dialogue for my detective, usually discussing aspects of a case or interviewing some yob. They all helped me flesh out the character of the detective. As I mentioned, he went through several names before he became Arthur Ravyn. I'm nor sure where the name came from, but it just hit me as the right name. Of course, when a name comes to me, the first thing I do is Google it, just in case there is a reason it came to me. Google has saved me from some embarrassing moments.

The location, Hammershire (pronounced Hammer-sure) County, made its first appearance in print in the story, "The Woods, The Watcher & the Warding," in Sherlock Holmes: Cthulhu Mythos Adventures, the only Watson-narrated story in the book. It was a properly creepy place with many isolated villages and ancient secrets. A tagline that established itself very early was, "Hammershire County is a place where change comes slowly, if at all, the past intrudes upon the present, and old things often refuse to die." Long before I had any stories to tell, I found myself drawing maps and naming villages. There is a strong Lovecraftian thread running through Hammershire, but for the mysteries this is toned down somewhat.

The event which precipitates the story has lingered in my mind for a long time--a man runs into the snug bar of the local pub after visiting an ancient megalith and dies. Various men died in varied ways and for different reasons before the incident took its present form. What finally set it in my mind was the decision to locate in in Hammershire County, as if the spirit of the place gave me a direction I lacked.. When all three came together--detective, location and specific event--I finally had the basis for the book I wanted to write. Writing it was, if not easy, then certainly a pleasure.

If you'd like a preview of Murder in the Goblins' Playground, Amazon has a new feature which allows you to take a look without leaving this blog:


The fun of writing it and comparative popularity of the book has inspired me to consider other DCI Ravyn stories. I'm not sure whether it's because of character or location, but I've already started outlining other books in the series, and as a note at the end of Murder in the Goblins' Playground states, the next adventure involving DCI Ravyn and DS Stark will be Village of Ghosts. 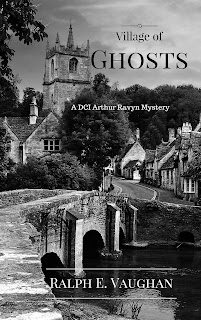 I hope you enjoyed this look behind the writing of Murder in the Goblins' Playground. It was a fun book to write and I look forward to my next visit to mysterious Hammershire County. The book is available in both print and e-book editions. For those of you enrolled in Amazon's Kindle Unlimited Program, you can borrow the book at no extra cost and read it at your leisure. If you'd to look at the book's page on Amazon, click the button below. And do consider joining my mailing list to keep up to date with all my writing projects.