When you are a fictional character (in the real sense, not the metafictional sense), there are two ways you can tell you've crossed the boundary between the printed page and our world -- you either get mail (as Santa Claus did in Miracle on 34th Street), or someone writes your biography. The greatest example of this is, of course, Sherlock Holmes, who not only receives mail regularly at his 221B Baker Street address in London, but has had a slew of biographies (including the best shown below) as well as case studies and monographs. Additionally, several years ago, I was perusing the biographical section at the end of a standard dictionary and came across the entry: "Sherlock Holmes -- English consulting detective." The lexicographer either omitted the word "fictional" or was just admitting the obvious. 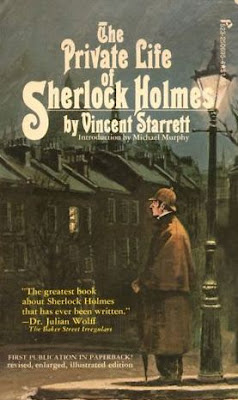 Two of Agatha Christie's characters have, through sheer force of personality, made the leap from fiction to biography. They are, of course, Dame Agatha's greatest creations: M. Hercule Poirot, the little Belgian detective with the magnificent moustaches and the egg-shaped head, and Miss Jane Marple, the penurious spinster who knows that the great crime-ridden world is nothing more than a giant version of her little village of St Mary Mead. Truth be told, however, the Belgian sleuth was the lesser child in Dame Agatha's eyes, for she came to resent all the little eccentricities with which she imbued him, and took him to a mostly ignoble death in Curtain; Miss Marple, on the other hand, finished her last case (Sleeping Murder) with dignity. Personally, I think it is because, while Agatha Christie grew away from Poirot, she grew into Miss Marple. 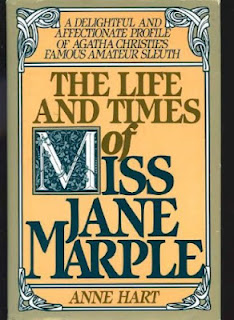 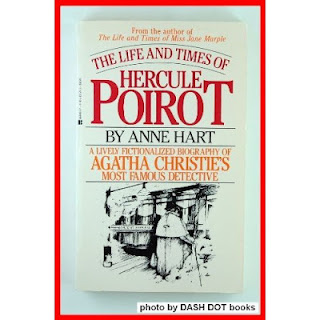 Another British character deemed more real than most people is James Bond, Agent 007 of the British Secret Service, whose characteristics and early exploits were based on the wartime espionage adventures of creator Ian Fleming. Not only is the once secret dossier of this venerable civil servant now open to public inspection through any number of books, it is possible to take walking tours of "James Bond's London." 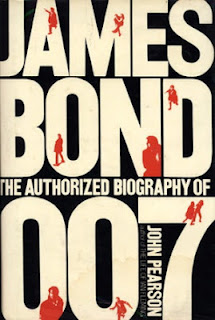 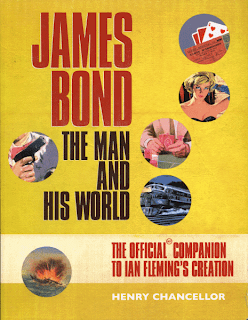 On this side of the Pond, we have our own share of real imaginary people. Chief among these must be Ellery Queen. When I was a kid, Ellery Queen confused the heck out of me. Was he a writer? Was he a detective? Was he the editor of his own magazine? Was he even a real person? The answer to all four questions is yes...and no. Ellery Queen, I discovered, was actually two cousins, Frederic Dannay and Manfred Lee, who created the detective in 1928 for a mystery novel contest, then submitted the story under the name of the character. So, we have Ellery the character, Ellery the writer (who sometimes write about himself, sometimes others), Ellery the anthologist who creates glittering collections, Ellery the scholar who is the greatest living expert on mystery fiction, and Ellery the editor of his own mystery magazine. No actual biography for Ellery, but boy did he get mail...by the bags full. 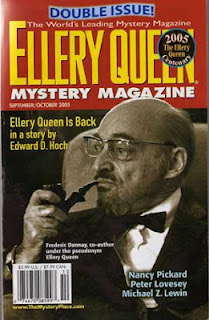 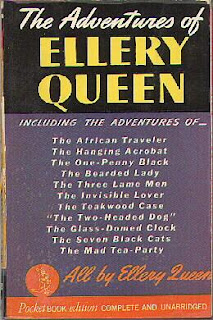 Nero Wolfe, America's greatest detective, has lived out his life in books, with the exception of a mundane film and two unfortunately short-lived television series. It is, then, quite a feat that he has achieved such a high level of reality to his fans...to his "Wolfe pack." We've talked a bit about Wolfe previously, so rather than travel down that street again, I only advise you to read his bio. 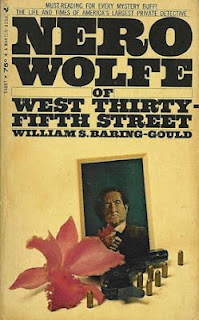 Contrasted with Wolfe, our next duo of American sleuths have led healthy lives outside the world of print. Perry Mason and Philip Marlowe are actually more known these days through appearances in film and television; some people may even be surprised that they were born in books (when attending a screening of the Sherlock Holmes film, I was amused to hear a girl tell her boyfriend to write down Conan Doyle's name so they could see if the library had any books available). For millions of people, Perry Mason looks just like Raymond Burr, while Philip Marlowe sometimes looks like Humphrey Bogart (or Sam Spade), sometimes like Robert Mitchum. If you read the biography of Mason's creator, Erle Stanley Gardner, you're really reading Mason's bio; Marlowe has his own biography, and when in Los Angeles, that city of mean streets where a man must walk while not becoming mean himself, be sure to take the Philip Marlowe bus tour. 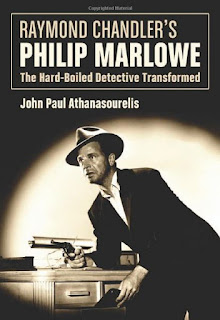 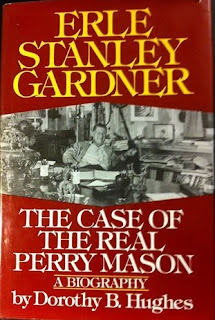 And for a little bit of fun, as well as some great information on Erle Stanley Gardner as a fictional character (yes, the creator becomes the created), it's well worth your time to track down a copy of Susan Kandel's I Dreamed I Married Perry mason. 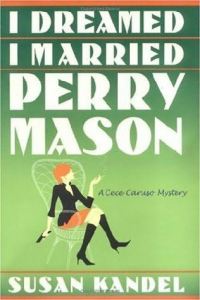 All the characters who've leapt from fiction to fact are from the mystery genre, and I feel that is no mere coincidence. Only in the mystery world do we have characters coming back again and again, sharing their lives with us, becoming a bit more real with each reading. Those characters outside mysteries who have attained a measure of reality (Harry Potter leaps to mind) are the exception rather than the rule, and in the case of Harry Potter, I would suggest that the lad has more in common with the mystery realm than with any other genre, despite all the potions, broomsticks and bogies. There are lots of reference books about mystery writers and their creations, but I have two go-to books when I want to dig deep, Detectionary andThe Encyclopedia of Mystery and Detection, both by Otto Penzler; they are a bit dated when it comes to the latest crop of sleuths, such as Harry Bosch, Kinsey Millhone and V.I. Warshawski, but I still can't recommend any better. 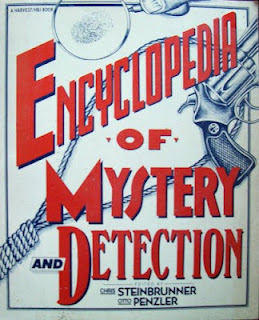 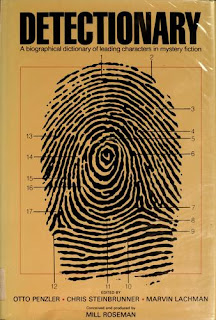 For a bit of fun and sinful indulgence, however, track down two books "perpetrated" by Dilys Wynn, noted NYC bookseller who founded the first all-mystery bookstore, Murder Ink. Both books show below are reference books, in a sense, but they are also "companionable" books...you know, cozy, like a good English country house murder. 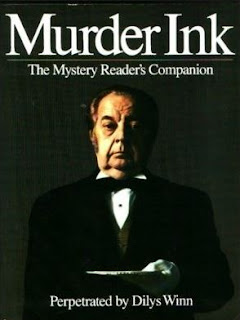 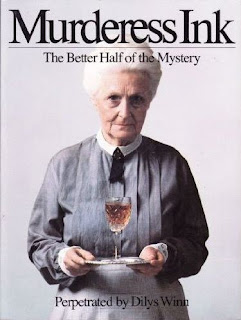